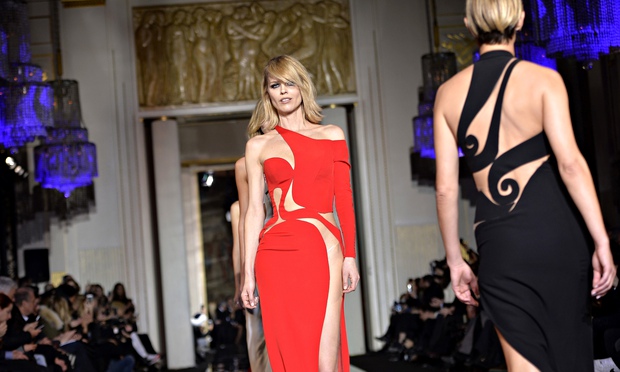 “Anyone whose body mass index… is below a certain level will not be able to work as a catwalk model,” according to the amendment voted in the National Assembly lower house of parliament.

Agencies found employing models considered too thin could be liable for a fine of up to 75,000 euros ($85,000) and six months in prison.

“The prospect of such a punishment will have the effect of regulating the entire sector,” said Olivier Veran, the deputy proposing the amendment, who said that similar measures had been taken in Spain, Italy and Israel.

Health Minister Marisol Touraine had previously said that young models should “eat well and look after their health”.

“This is an important message to young women who see these models as an aesthetic example,” added the minister.

However, the National Union of Modelling Agencies has complained this would affect the competitiveness of French modelling.

The new law comes after a similar amendment was passed that would punish people inciting others to “extreme thinness” to a year in prison and a fine of 10,000 euros.

That law was aimed at so-called “pro-ana” websites that some accuse of encouraging anorexia.

Up to an estimated 40,000 people suffer from anorexia in France, nine out of 10 of them women and girls.