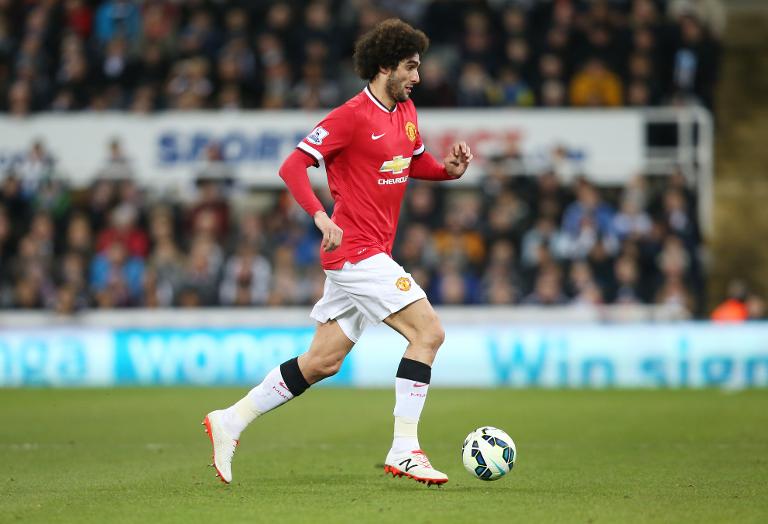 The Belgium international was much maligned last season after an indifferent start to life at Old Trafford following his Â£27.5 million transfer from Everton in September 2013.

He was even jeered and booed by some United fans in pre-season, but the 27-year-old has since established himself to such an extent that Van Gaal’s believes on current form he could not drop him.

“Of course I had heard a lot of stories about him, but from the first training sessions he did what I asked.

“When I said ‘you have to do that’, or ‘in another way’, he was open and wanted to perform.

“So I am not surprised with his form. He had an unlucky season because he was injured and ill a lot of times and because of that didn’t play so much.

United will again be without striker Robin van Persie, who has an ankle injury, for their Premier League clash with Aston Villa at Old Trafford on Saturday.

Centre-back Chris Smalling is doubtful through illness but left-back Luke Shaw has recovered from a hamstring problem and is available.

“He’s still with the football coach. He’s doing the last training session before he comes to my group. Heâ€™s still not in my group.

“Luke Shaw is in my group that is different, but Van Persie is still not available. Chris Smalling is ill so I donâ€™t know if he was available.

“Yesterday he was at the club in the medical department recovering. Today I know already he is not feeling well, so it will be difficult for him.”

Van Gaal also revealed his frustration at the timing of the international break, which came after the Red Devils had beaten Liverpool 2-1 at Anfield with one of their best performances of the campaign.

“I have thought after the Liverpool that the international break was not at the right moment,” he added.

“But when I see my players performing with the national teams I’m also very pleased. It’s also confirming our view about players.

“I have a good feeling we can continue against Aston Villa. But Aston Villa you may remember we played against 10 players with them earlier in the season and couldn’t score. So it’s a difficult team.

“I have said before a lot of times every team in England can beat you.

“It’s still a rat race for the Champions League. Tottenham and Liverpool are still in it. But of course we have given them a blow, but we have to play against the first three teams still so it can happen lot.”