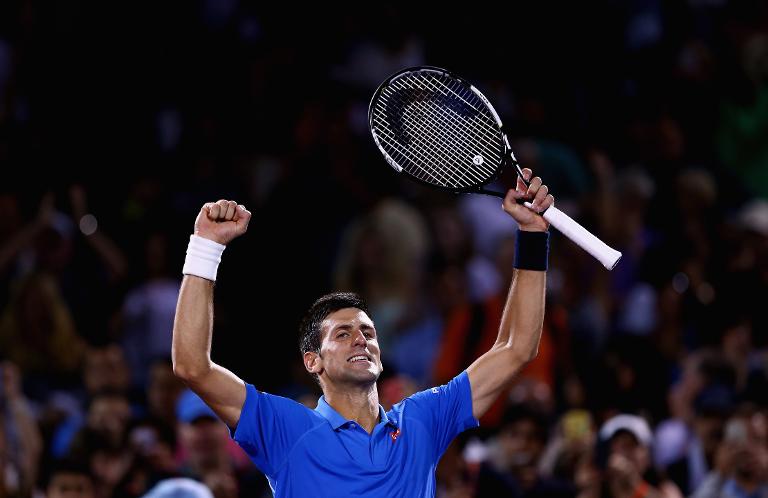 Novak Djokovic recovered from a slow start and had to battle at the end to overcome tenacious Spaniard David Ferrer on Thursday to reach the Miami Masters semi-finals.

Djokovic, the defending champion and winner of the Indian Wells title less than a fortnight ago, came from two breaks down in the first set as Ferrer celebrated his 33rd birthday with a runaway start.

But Djokovic reeled him in to take the first set and served for victory leading 5-4 in the second.

Ferrer was having no part of it. He broke Djokovic, but was broken himself a game later to let Djokovic again serve for the match.

“David is one of the toughest opponents, I knew the match would be physical,” said Djokovic. “He gives you nothing and makes you work for every point.

“My strategy was to try and dominate from the baseline, but stay alert for chances to come to the net. That is something I’ve been working.

“It was a tough match, but one that I enjoyed. The next round will be totally different against Isner, who has one of the best serves in the game.”

The tense moments against Ferrer followed Djokovic’s great escape against Alexandr Dolgopolov, who was up a set and a break in his fourth-round loss to the Serbi.

Isner, whose year has been modest at best, has exploded into form on the hardcourts of Miami, where he has yet to drop a service game.

He ended the hopes of world number five Nishikori, Asia’s top player who reached the US Open final last September. It was Isner’s second top-10 win of the tournament, after his upset of sixth-ranked Milos Raonic on Tuesday.

“Things just snowballed for me,” Isner said, adding that the hot conditions suited his game perfectly.

He made the most of that firing 13 aces and 33 winners overall.

“I just played well,” Isner said. “I’ve been serving well really for a while now, and I did that again today. I was taking care of my serve. I was taking my chances on his serve, and the ball was finding the right spots for me.”

– No chance for Nishikori –

Nishikori had never faced the monster delivery of Isner and was unable to cope with the power off the big man’s racquet. Isner delivered his final ace on match point after 70 minutes.

“He played really well today — everything — I didn’t have any chance,” said Nishikori, who managed only five winners.

“His forehand, his backhand, he hit some winners from back of the baseline. I couldn’t really stop him today.”

Nishikori reached the Miami semi-finals a year ago after beating Ferrer and Roger Federer but was unable to play his scheduled match against Djokovic because of a groin injury.

“It’s really disappointing to lose today,” he said. “But I had a good three matches here. I think I’m playing good again.”