Home Sports Chen and Lin on collision course in Malaysia 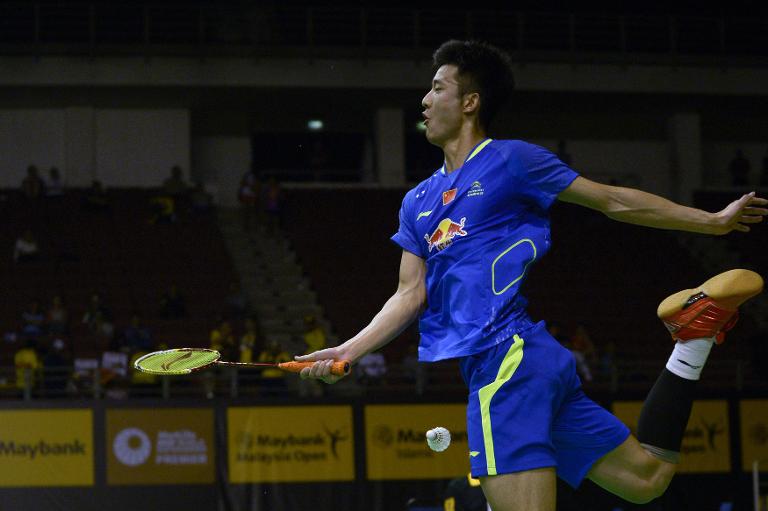 World number one Chen Long cruised again on Friday while his legendary compatriot Lin Dan survived a scare, but the Chinese shuttlers stayed on a collision course for the final of the Malaysia Open.

Chen notched another straight-game win, this time over Japan’s Kento Momota in the quarterfinals, before Lin displayed his famed resilience to come back from a dropped first game against countryman Tian Houwei.

Chen, the reigning world champion, dominated Momota in a 21-16, 21-11 victory, stretching the Japanese all over the court with his baseline and net play.

Lin lost the first game of his quarterfinal 11-21 as the 23-year-old Tian seized the initiative from his slow-starting opponent with a series of forehand drives.

Lin, a five-time world champion and twice Olympic gold medallist, has yet to win the Malaysia Open, one of the only titles missing from his glittering trophy cabinet.

“I didnâ€™t play well in the first game and had to change my strategy in the second. If not, I would have lost,” he said.

Chen will face his countryman Wang Zhengming in the semifinals while Lin takes on Denmark’s Jan Jorgensen, who beat Hong Kong’s Wei Nan 21-9, 21-15 in the quarters Friday.

Marin will take on China’s Wang Shixian in the other semifinal.