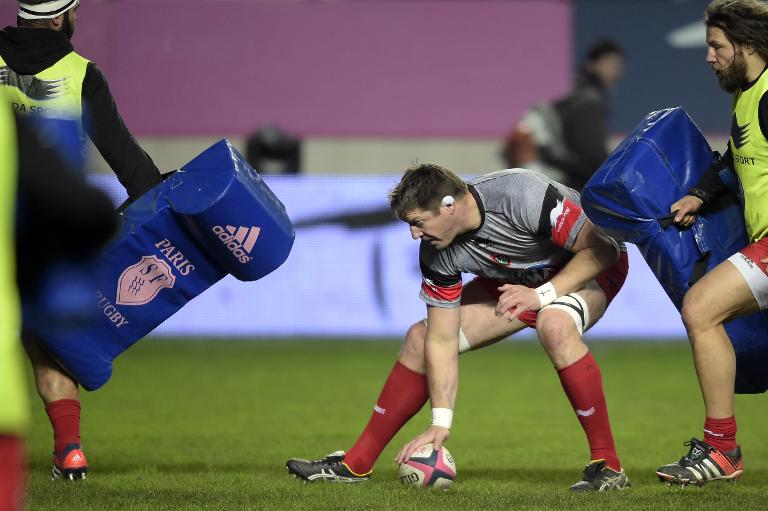 Two-time defending champions Toulon welcome back veterans Bakkies Botha and Matt Giteau for a European Champions Cup quarter-final against Wasps this weekend, the latest step in their bid for an unprecedented third consecutive continental title.

Ex-Springbok enforcer Botha returns after recovering from a broken finger while former Wallaby playmaker Giteau will likely start on the bench in his comeback from a groin operation.

Two big names that coach Bernard Laporte will be happy to see back after an untimely 34-24 defeat by Toulouse in Top 14 action last weekend.

Laporte was left seething after that loss, but also insisted he would put it to good effect.

“Anger is always tough to digest, but it lessens as you ready for the next game,” Laporte said ahead of Sunday’s match.

“I don’t accept losing. It’s surely a failure of mine, but it grinds me down and eats me up until the next training session.”

Laporte added: “It also helps get everyone motivated again, although I know we won’t win that Toulouse game.

“We have to focus solely on the match against Wasps, which looks like a tough one and one which we’ll have to handle well.

“We want to be European champions again…”

Wasps coach Dai Young said Toulouse had not done his side any favours by pulling off a victory over the Top 14 champions.

“I must admit that I would rather have seen them win comfortably last weekend, than lose,” the former Wales and British Lions prop said.

“They are going to be wound up this week and Toulouse certainly didn’t do us any favours because they will come into this game having taken a few boots up their backsides.”

Toulon are locked at the Top 14 summit with Clermont, who host runaway English Premiership leaders Northampton on Saturday.

Northampton and Wasps are two of four English clubs in the quarters (and all playing away), along with last season’s beaten finalists Saracens and Bath, sat second and third in the league.

Northampton will be without Wales winger George North, who suffered his third concussion in eight weeks in league action last weekend.

And with the record books showing that in 72 quarter-final encounters in Europe’s top flight, 54 have been won by the home club — a 75 percent success rate for those sides on home soil — Northampton know they will be up against it in Clermont.

The last time the French club lost at home in Europe was against Sale in the 2008/09 season. Since then Clermont have won 22 home fixtures in the European Cup.

“We’ve got to stop Clermont from getting momentum because if they get over the gainline consistently early on, you’ve not got a chance. Our defence is going to be paramount to stopping them,” Saints lock Courtney Lawes told Sky Sports.

“Clermont are a fantastic team and are capable of beating anyone, but so are we — I think we’ve got as good a chance as anyone. If we go out there and play like we know we can, we’ve got a good chance of sneaking a win.”

Racing, the only unbeaten club in the competition’s pool stages, are also at home against Saracens and will look to Ireland fly-half Jonathan Sexton pull the strings in the outskirts of Paris.

Sexton’s club from next season, Leinster, host Bath in their bid to progress towards a fourth European title.