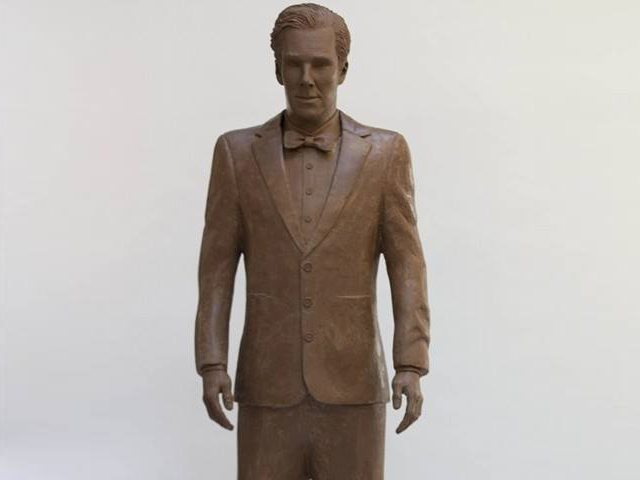 London: A lip-smackingÂ model ofÂ The Imitation GameÂ star Benedict CumberbatchÂ has been created out of chocolate.

The 6ft statue is made from 40kg of thick, hollow Belgian milk chocolate, and it took eight people a total of 250 hours to create it.

The team began by learning the 38-year-old actor’s measurements and looking at images of Cumberbatch’s red carpet poses.

A final look was decided on to reflect the star’s many red carpet appearances, and then the painstaking carving process began.

“You can’t rush perfection. Benedict has such a distinctive look that it was a challenge but a pleasure to recreate him in chocolate. A secret combination of methods ensured we got a great likeness – we’re sure his legions of fans will approve,” said lead sculptor Tim Simpson.

The edible honour was created after theÂ SherlockÂ star was named the UK’s ‘Dishiest Drama Actor’ in a nationwide poll to celebrate the Drama channel joining on-demand service UKTV Play.