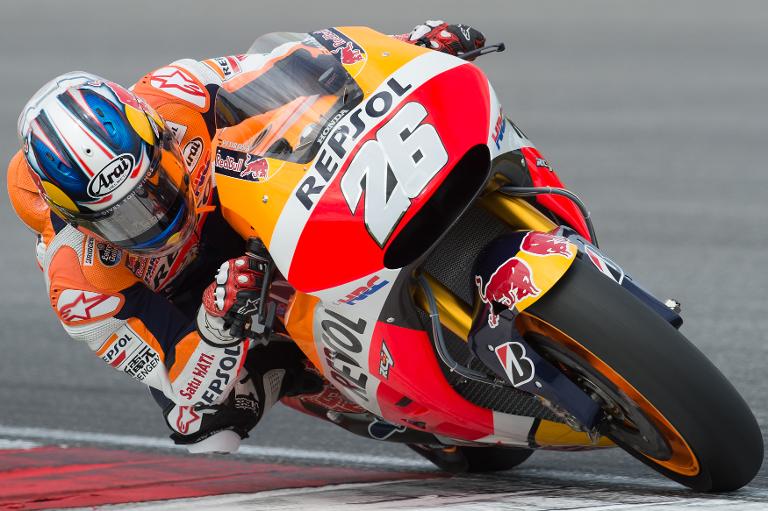 MotoGP contender Dani Pedrosa is to go under the knife for a second time on a troublesome forearm injury, his HRC Honda team said Thursday.

The Spaniard had announced following last weekend’s opening Grand Prix of the new season in Qatar that he would take time away from the sport to look for a cure to his problem.

He was operated on last year for the same issue and will now return to the operating theatre in Madrid on Friday, meaning he will be out of action for between a month and six weeks.

He will miss the Grand Prix of the Americas in Austin on April 12 and the Argentine Grand Prix a week later.

“Obviously this isn’t the news I wanted to be sharing with everyone. However, after speaking with some key doctors and medical professionals that I trust, they are all in agreement that this is the only option for me,” said the 29-year-old Catalan.

“We will have the surgery on Friday and they will use a special technique to help close the wound to try and prevent this issue continuing to affect me.”