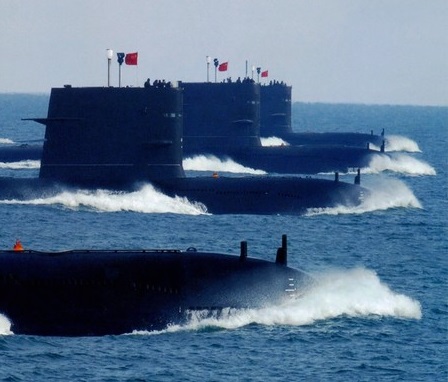 Islamabad: According to reports, â€œPakistan is close to agreeing a multi-billion dollar deal to buy eight submarines from China, in what would be one of China’s largest overseas weapons sales.â€

The decision had been agreed “in principle”, citing a hearing in the Pakistani parliament’s defense committee. Negotiations with China were at an advanced stage.

Pakistani defense officials could not immediately be reached for comment. China’s Ministry of Defense declined to comment.

A former senior Pakistan navy officer with knowledge of the negotiations said, the contract could be worth $4 billion to $5 billion.

It was unclear what type of submarine Pakistan was looking to buy but China has poured resources into developing diesel- and nuclear-powered submarines in recent years.

China and Pakistan call each other “all-weather friends” and their close ties have been underpinned by long-standing wariness of their common neighbor, India, and a desire to hedge against U.S. influence across the region.

President Xi Jinping will travel to Pakistan this month, the government in Islamabad has said. China has said Xi would visit this year but given no timeframe.

A senior Pakistani government official, Muhammad Saleem Sethi, would leave for China on Thursday where the submarine deal was expected to be discussed, sources said.