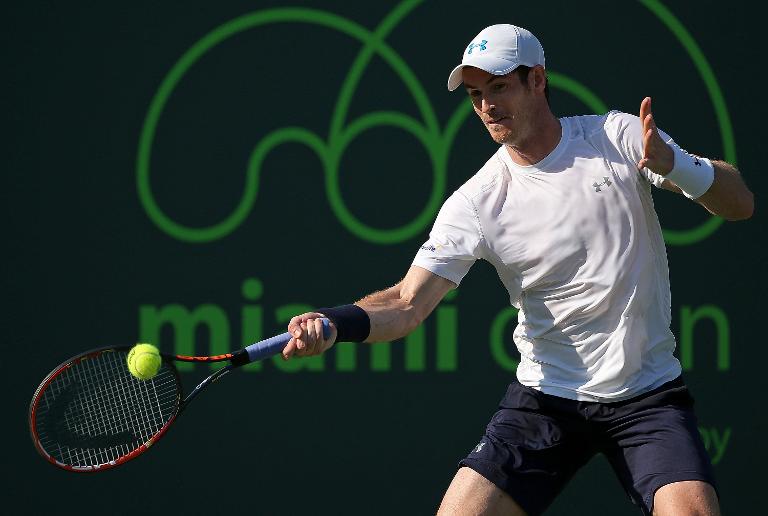 The third-seeded former champion will face eighth seed Tomas Berdych after the Czech dispatched Juan Monaco 6-3, 6-4 to extend his perfect record against the Argentine to 7-0.

Murray, who won title at Crandon Park in 2009 and 2013, was initially stunned by the clean and powerful one-handed backhand of the 21-year-old Thiem, who has looked strong in Miami after coming into the tournament with a 3-5 record in 2015.

“I expected a tough match, he’s beaten some very good players this week,” said Murray, who needed one hour and 44 minutes to seal the win. “He’s a very big hitter of the ball, a very strong guy and he moves extremely well.

“When you let him dictate the points, he hits the ball as hard off each side as anyone. He made me do a lot of running.”

But he surprised Murray in the opening set, breaking for 3-1 on his way to winning the first frame.

“I would’ve liked to have started the match a little bit better, but with his game style, if you’re not, like, right on it from the beginning, he’s an extremely tough, tough guy to play against,” Murray said.

Two-time Grand Slam champion Murray launched his fight-back with a quick break for a 2-0 lead in the second.

Thiem regained the break to narrow the gap to 4-3, but Murray broke him in the final game of the set — Thiem saving one set point before putting a backhand wide on another.

His confidence boosted, Murray ran away with the final set, taking his lead to 5-1 with a second break of Thiem before closing out the win with a service winner.

“Before this week I would have given a lot for the quarter-finals, but now of course in the first moment I’m a little bit disappointed, especially as I won the first set,” Thiem said. “I played a good match.

“But I will leave Miami positive for sure and with a good feeling for the claycourt season.”

Berdych took 92 minutes to get past Monaco, producing a pair of love service games and a break in the final three games to capture the tight second set and seal the win.

“It was a tough one today, it was very important to get an early lead,” said the winner. “He was playing fast and giving me pressure on every ball.

“But I managed to find a way. It was not easy but I’m very happy to go through. My focus was to stay as close as possible with him and try to create opportunities.

“When I had a chance I tried to take it.”

Berdych has won six of 11 encounters with Murray, but lost their last meeting, in the Australian Open semi-finals two months ago.