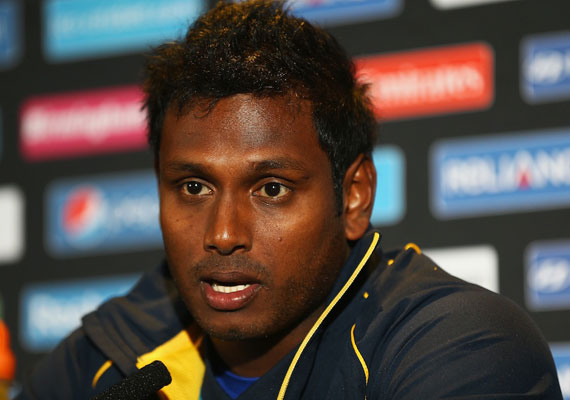 New Delhi: Last year’s wooden spooners Delhi Daredevils will have to go into a tough IPL-8 opening encounter against the formidable Chennai Super Kings on April 9 without the services of star all-rounder Angelo Mathews.

The Sri Lankan captain, who is one of the biggest buys and is likely to be an automatic choice among the four overseas players, will have to sit out as the Tamil Nadu government over the last two seasons had banned all Sri Lankan sportspersons from competing in events in the state.

This is due to escalating political tension over treatment of ethnic Tamils in the island nation.

“They won’t be allowed to play in Chennai. The matter has been informed to the IPL governing council,” Viswanathan said.

However the Delhi Daredevils management have still not received any concrete information in this regard.

“We have not yet received any information from the IPL about whether Angelo can play or not,” DD CEO Hemant Dua said.

Mathews is the key to DD’s plans due to his all-round abilities.

“He is one of the best all-rounders in world cricket and we will use him in a manner that we feel that we can get the best out of him,” team’s chief coach Gary Kirsten said regarding a query whether Mathews would be bowling his full quota of overs during the event.