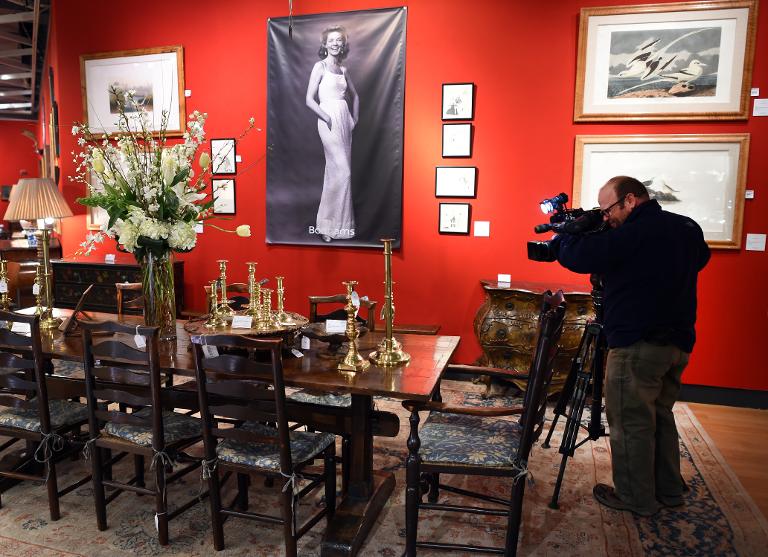 There were hundreds of items up for grabs at the two-day sale — including housewares, furniture, fine art, jewelry and clothing — and all of them sold, the auction house said on Wednesday.

Bacall, one of Hollywood’s great golden age actresses, died in August aged 89 in her nine-room home overlooking New York’s Central Park, which is also on the market for $26 million.

From the Humphrey Bogart years, before he died from cancer in 1957, was his black granite games table and a pair of silver candelabras from the couple’s marital home in Los Angeles.

The table brought in $26,250 — almost nine times the estimated value.

Buyers snapped up Albert Edward York’s oil paintings “Landscape with trees” and “A country fence” together for $161,000.

Another purchased a Henry Moore sculpture “Three-Quarter Mother and Child on Round Base,” which sold for $118,750, the auctioneers said.

Other items include Indian miniatures, a Japanese portable brass tea set and a marble table inscribed with “in the name of Allah” in Arabic calligraphy.

The proceeds will go to her three children.