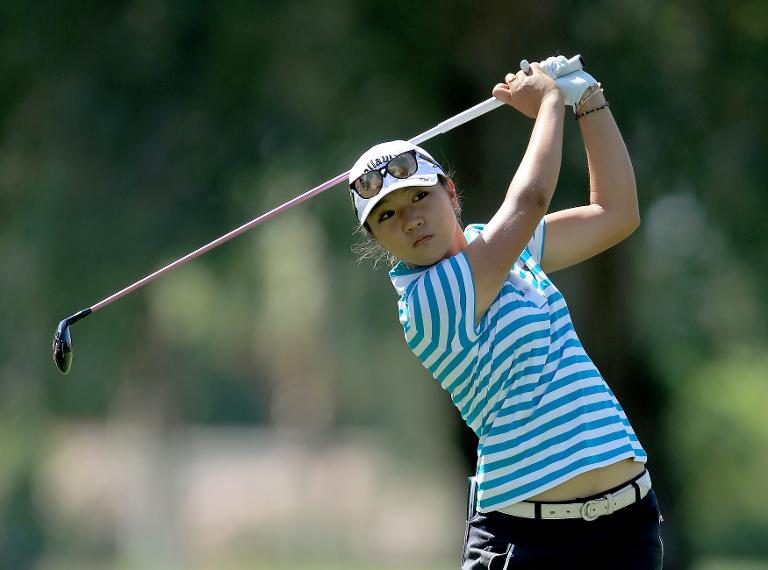 Lydia Ko, at 17 already the youngest golfer ever to reach number one in the world, will try to add a first major championship to her sparkling resume this week at the LPGA’s ANA Inspiration.

A victory would make the South Korean-born New Zealander the youngest major champion in LPGA history, surpassing American Morgan Pressel, who was 18 when she lifted the trophy on the same Mission Hills Country Club Dinah Shore Tournament course in 2007.

Although Ko hasn’t finished in the top 25 in two prior appearances at Mission Hills, her remarkable recent consistency makes her the player to beat this week.

“One of my goals coming into this week was to be very consistent, give myself to be in good positions, and that’s what I’ve been doing,” said Ko.

“I feel great, and I played good last week at the Kia Classic, and I didn’t play so good there last year, and I’m coming definitely with a little bit more confidence into this week.”

Ko brings a streak of 28 straight LPGA rounds under par into the tournament — one shy of matching the record set by Swedish great Annika Sorenstam in 2004.

“Obviously because I’m so close, it will be at the back of my mind because there’s been so much talk about it,” Ko said.

“If I break the record or if I tie it or if I don’t break it, I’m so happy that I can get so close to it even… I think it’s just going to be hard enough trying to concentrate on that putt going in the hole.”

American Lexi Thompson, who will this week try to join Sorenstam as the only players to win this trophy in back-to-back years, would love to be staring down the under-par record.

“I wish I had that,” laughed Thompson, who outdueled Michelle Wie to lift the trophy last year.

“There’s not a weakness in her game,” Thompson said of Ko.

“She’s very straight off the tee and has a great short game. It’s great to play with her because she has a great attitude on the golf course, and probably the best tempo I’ve ever seen on a golf swing or a putting stroke.”

A victory would also help Ko consolidate her position atop the world rankings, with former world number one Park In-Bee of South Korea threatening to unseat her with a win or even a runner-up finish — depending on where Ko finishes.

Park, who won the title here in 2013, was looking forward to the challenge.

“It feels like it’s been forever since we played in a major tournament,” she said. “We’re finally here and I feel like I’m in good form, so I’m very, very excited.”

Park was pleased to see the rough up at Mission Hills, which promised to pose a tough challenge to any player who wants to take the traditional champion’s leap into Poppie’s Pond.

“I do like to see some longer rough and firm and fast greens for the major tournaments because we just don’t get that every week,” she said.

“I think it’s a good test because you have to hit the tee shot off the tee really straight and you have to judge the distance on the greens. I think because it is a major tournament, we’ve got to have something different.”

Thompson fired a four-under par 68 in the final round last year to collect her first career major in the tournament formerly known as the Kraft Nabisco Championship.

She hasn’t won since beating Wie in the tournament last year. Runner-up Wie then went on to clinch the second major of 2014 at the US Women’s Open.

Thompson is trying to join Sorenstam as the only players to win two straight titles at Mission Hills. Sorenstam did it in 2001 and 2002.

After finishing in a tie for 10th last week, Thompson believes her game is good enough to win, and said that if she’s in contention on Sunday she’ll be more comfortable after last year’s triumph.

“It’s important to just slow down everything and take your time, breathe, and just focus on doing your routine before every shot,” Thompson said.