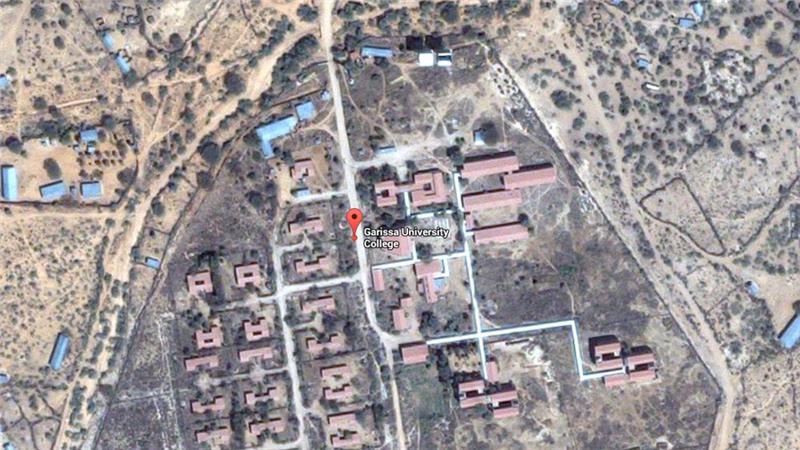 Garissa: Masked gunmen have attacked a university in the town of Garissa in northeast Kenya, police said, as ongoing gunfire could be heard from the university premises.

Witnesses said explosion and heavy gunfire rocked Garissa University College early on Thursday, and ambulances were already at the scene.

Local media reported that the gunmen have taken hostages inside the university complex.

Police spokesperson Zipporah Mboroki said that the situation is ongoing.

“The attackers shot the guards at the entrance of the university. Police officers responded but the attackers managed to get into the [university] hostel,” she said.

“We can confirm that two watchmen were killed; we cannot confirm student casualties,” Mboroki added.

“The Kenyan Defence Force (KDF) and all security agencies within Garissa have been deployed to the scene.”

The attack on the university facility began at dawn, Alinoor Moulid, a freelance journalist based in Garissa, said.

“According to some of the students who escaped, there are around five gunmen and they entered the university dormitory while students were sleeping,”Â Moulid said.

“It is hard to tell [about casualties] because the area is now cordoned off, and it is heavily guarded,” he added.Â

“At the moment, I can hear sirens, and at some point I could hear an exchange of gunfire.”

Garissa University College (GUC), the only public institution of higher learning in the region, opened its doors in 2011 for about 450 students, according to the institution’s website.

The university is situated in Garissa County in the northeastern region of Kenya, about 380km from Nairobi, the capital.

No group has claimed responsibility for the raid yet. Somali armed group al-Shab-aab has carried out several attacks in Garissa and across Kenya in the past, including the 2013 attack on an upscale shopping mall in the capital Nairobi.

Al-Qaeda-linked al-Shabab has vowed to punish Kenya for sending troops into Somalia alongside African Union peacekeepers to fight the group.