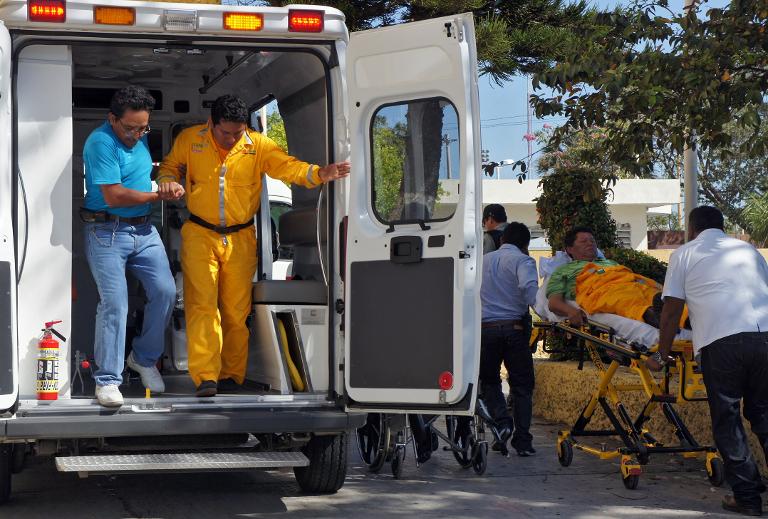 Eight firefighting vessels with water cannon battled a blaze on a Mexican offshore oil platform for hours, an inferno that killed four workers and forced 300 to be evacuated.

An explosion and fire erupted at 3:40 am the Abkatun A-Permanente platform operated by the Pemex state-run firm on the Gulf of Mexico’s Campeche Sound, the ASEA energy safety agency said.

Some 16 hours later, Pemex reported that the fire was finally extinguished off the coast of eastern Campeche state. The blaze had started in the dehydration and pump area of the platform.

Pemex issued a statement saying that the fire “did not cause a spill into the sea” but that an oil leak occurred and was being contained by specialized ships.

The company said 16 people were hospitalized, including two in serious condition. A total of 45 people received medical attention, but most were released with minor injuries.

Some 300 workers were taken to other platforms in the area, while the injured were transported to Pemex’s general hospital in Ciudad de Carmen.

AFP obtained a video taken from a boat showing huge flames and smoke engulfing much of the platform in the middle of the night.

Pemex director Emilio Lozoya said there will be little impact to production as the fire occurred on an oil processing rig, not a producing facility, and that the crude would be shipped to other locations.

Pemex said one of the dead was a company employee, while another one worked for Cotemar, a contractor. The two others had yet to be identified.

President Enrique Pena Nieto expressed condolences to families of the victims and ordered an investigation, which ASEA said it would lead.

The Campeche Sound, some 85 kilometers (53 miles) from the coast, contains the two biggest shallow-water oil deposits in Mexico, with 200 platforms extracting 78 percent of the country’s crude.

Analysts said the accident contributed to a rise in crude prices on Wednesday, with the US benchmark surging $2.49 to close at $50.09 a barrel and London prices rising $1.99 to $57.10.

The fire is latest incident to hit the state oil firm in recent years.

In 2007, two Pemex platforms collided in the Gulf of Mexico, killing 21 workers and causing a large oil spill.

In January 2013, a gas buildup caused an explosion at the company’s Mexico City headquarters, killing 37 people.

A natural gas plant explosion killed 30 people near the northeastern state of Tamaulipas in September 2012.

The government will hold its first auction in July for shallow-water projects on the Gulf of Mexico.