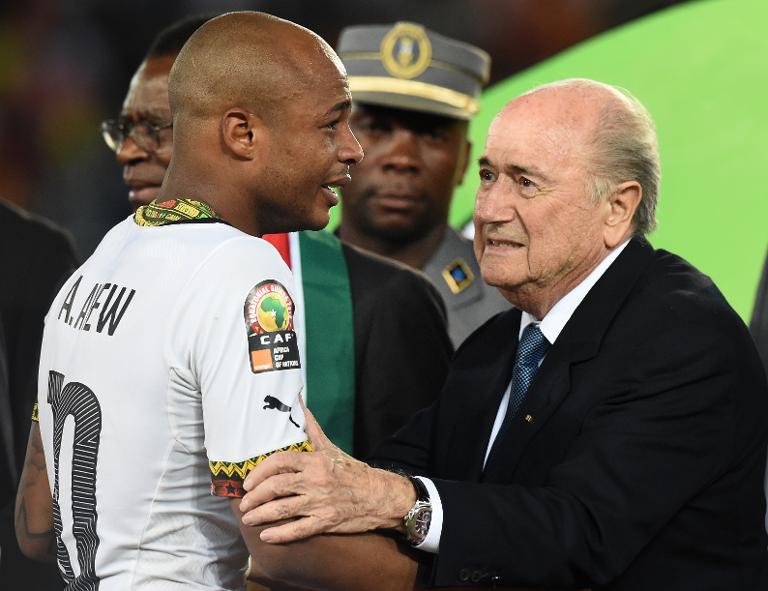 FIFA president Sepp Blatter said Friday that world football must “respect” Africa, a bastion of support for the veteran sports powerbroker as he seeks a new term.

Blatter sent his message ahead of the Confederation of African Football (CAF) congress next week. His rivals for the presidency, who say FIFA’s scandal-tainted image needs reform, will also be at the meeting and have been lobbying African leaders.

“When we travel to Cairo for the CAF congress next week, we must show African football all the great appreciation and respect it deserves,” Blatter said in his column FIFA’s The Weekly magazine.

The 79-year-old FIFA president said “the refreshing skills and technical finesse of the African teams are among the greatest attractions at the World Cup”. Two African nations reached the World Cup last 16 in Brazil for the first time.

“Using strategic wisdom and sure instinct in the world of sports politics, he has succeeded in keeping this vast continent together in all its linguistic, ethnic and cultural diversity.”

Africa has long been a strong supporter of Blatter and has declared it will back him in the May 30 FIFA election.

His three rivals for the FIFA presidency — Prince Ali bin Al Hussein of Jordan, a FIFA vice president, Dutch federation chief Michael van Praag and former Portugal star Luis Figo — are expected to be in Cairo for the CAF congress.

CAF’s 54 members makes it the biggest voting bloc on FIFA, just ahead of Europe’s UEFA which opposes a new Blatter term.

“The power of football is arguably even more significant in Africa than the rest of the world, because it symbolises a common denominator for all peoples, nations and tribes,” Blatter said.