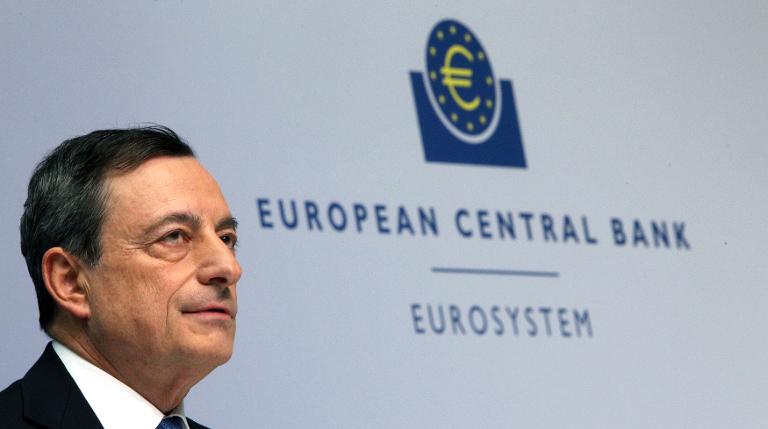 The European Central Bank said Thursday it is increasingly confident that its controversial bond purchase programme is helping boost the eurozone’s economic recovery, even as a top official expressed doubts about its effectiveness.

In the minutes of the governing council’s meeting on March 4 and 5 released on Thursday, the ECB said that “members generally shared the assessment that significant positive effects … could already be seen” from the new bond purchase programme known as quantitative easing (QE).

And that was leading to “prudent optimism” about the recovery outlook, showed the minutes, which are published with a four-week delay.

On January 22, the ECB announced it would embark on a QE policy, used by other central banks, and make sovereign bond purchases to boost the worryingly low level of inflation in the 19 countries that share the euro.

However, some prominent ECB members — notably the head of the German central bank or Bundesbank Jens Weidmann and ECB executive board member Sabine Lautenschlaeger — have repeatedly expressed doubts about the need and impact of such a programme.

Lautenschlaeger told a German magazine on Thursday that she had “doubts whether the economic effects of the purchase programme will reach the desired magnitude.”

And she warned that the current very low level of interest rates could lead to the formation of asset price bubbles.

Before joining the ECB’s executive board, Lautenschlaeger was vice president of the German central bank and she shares the same scepticism as Weidmann.

Nevertheless, at the governing council’s last policy meeting in Nicosia, Cyprus, in March, there appeared to be agreement that QE was indeed helping to ease financial market conditions and the cost of external finance for companies, the minutes showed.

Coupled with recent positive economic data and signs of a turnaround in inflation, “this provided grounds for ‘prudent optimism’ regarding the scenario of a gradual recovery and a return of inflation rates to levels closer to 2.0 percent,” the minutes stated.

At the same time, there was “no room for complacency,” the governing council members agreed.

There were still downside risks, most importantly geopolitical and political risks “inside and outside the euro area.” And insufficient progress on structural reforms was one of them, the minutes said.

“Determined policy action was needed in other policy areas. A strong message to governments (is) warranted to seize the opportunity for a renewed impetus for structural reforms to boost potential growth,” the minutes said.

Berenberg Bank economist Christian Schulz said the key message of the minutes was the “upbeat assessment of the start of quantitative easing and sharp warnings against governments’ complacency.”

“We should not expect any policy changes from the ECB between now and mid-2016, unless severe downside or upside risks to the economic trajectory materialise,” Schulz said.

“If the recovery gets stronger than the ECB currently projects, some particularly hawkish members may start a discussion about tapering the purchases early,” he added.

“The ECB still has a lot more work to do. And for now at least, it appears to recognise that,” he said.

The ECB only started publishing its minutes this year in a bid to make the thinking behind its monetary policy decisions more transparent.

In doing so, the ECB is following the example of the likes of the US Federal Reserve and the Bank of England.

But unlike the US Fed, the minutes do not reveal which central bank governor voted for or against a particular policy decision. The ECB said this was necessary to prevent the central bank chiefs being put under political pressure in their home countries.

The ECB is fiercely independent and its governing council members take a vow to act in the interests of the eurozone as a whole rather than their individual countries.