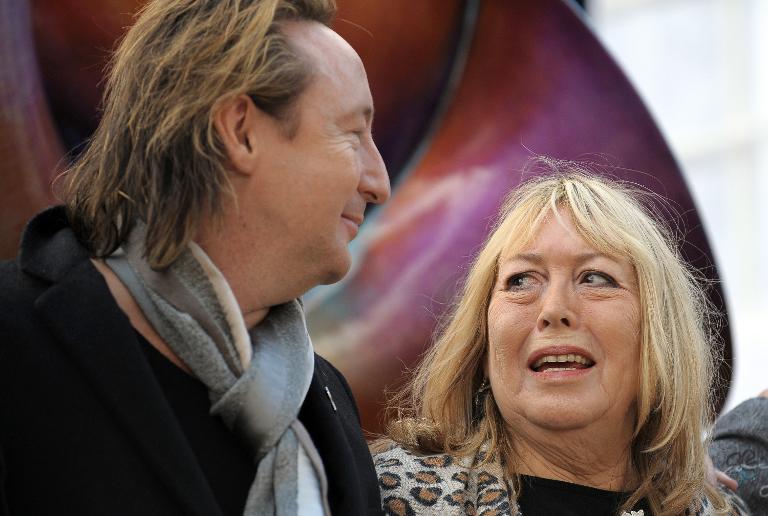 A message on the musician’s website said Lennon “passed away today at her home in Mallorca, Spain following a short but brave battle with cancer.”

“Her son Julian Lennon was at her bedside throughout. The family are thankful for your prayers,” it added.

Julian Lennon wrote and sang a song of tribute to his mother that was posted on the site with a montage of family snapshots and footage.

Cynthia met John Lennon at an art class in the British city of Liverpool when she was 18 and the couple married in 1962.

“You couldn’t resist being around him,” Cynthia Lennon said in a 2005 interview with US television.

“You couldn’t resist watching what he was up to. I mean, he was a total rebel.”

In her 2006 memoir of the relationship, “John”, Cynthia said the pair had had an intense but turbulent relationship.

“He was a very jealous young man at the time, and he had a lot of pain inside,” she said, explaining that he had once hit her.

They stayed together until 1968, as The Beatles grew to be the world’s biggest group.

John left her after beginning an affair with Japanese artist Yoko Ono in 1968 and the couple was divorced.

“She was a lovely lady who I’ve known since our early days together in Liverpool.

“She was a good mother to Julian and will be missed by us all but I will always have great memories of our times together.”

British journalist Hunter Davies, who wrote the only official biography of The Beatles, remembered Cynthia Lennon as a contrasting character to her husband.

“She was totally different from John in that she was quiet and reserved and calm,” Davies said.

“John treated her appallingly. He slept with Yoko in their marital home and as we discovered later, he also physically attacked her, but she was loyal to him,” he added.

John Lennon was later murdered by a troubled fan in New York in 1980.

At the time John was reconciling with Julian, the son he had had with Cynthia.

“Near the end, before his tragic death, of course, they were getting close on the phone; they were connecting,” she said.

“It was just coming back and it was wonderful. Then, of course, his life was cut very short.”

After her death was announced, The Beatles’ drummer Ringo Starr tweeted a tribute: “Peace and love to Julian Lennon. God bless Cynthia.”

Yoko Ono said she was “saddened” by Cynthia Lennon’s death.

“She was a great person and a wonderful mother to Julian,” Ono wrote on her Facebook page.

“She had such a strong zest for life and I felt proud how we two women stood firm in the Beatles family.”

After her split from John Lennon, Cynthia remarried three times, tying the knot for the fourth and final time in 2002 with nightclub owner Noel Charles who died in 2013.