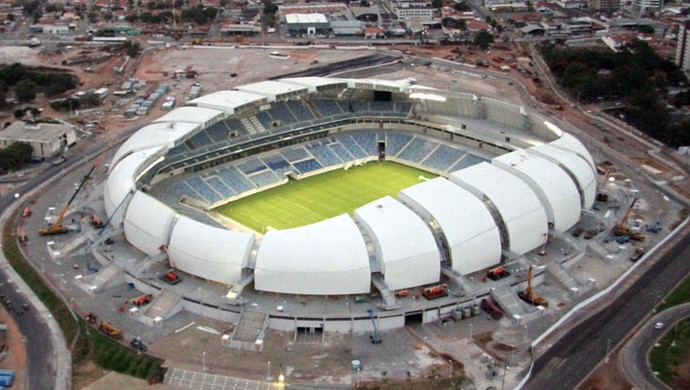 Two stadiums that hosted several games in Natal are now up for sale.

Natalâ€™s Dunas arena is being sold off by Grupo OAS which also wants to rid of its 50% stake in the Fonte Nova arena in Salvador.

Grupo OAS has struggled for months with the impact of a fraud inquiry at state-controlled oil company Petrobras, which undercut the builderâ€™s access to financing.

An economic downturn, government austerity and a slumping currency has also taken its toll, leading to Grupo OAS to announce it is selling its stakes in the stadiums and other businesses to focus on the core construction business.

The firm spent around 330 million euros developing both sites.

OAS spent about Â£126m on completely rebuilding the old Fonte Nova arena in Salvador and Â£90m on the new Dunas ground.

The Fonte Nova hosted six games in the 2014 FIFA tournament though compared to Dunasâ€™ four.

The announcement was the latest in a string of bad news for Brazilian football post-World Cup.