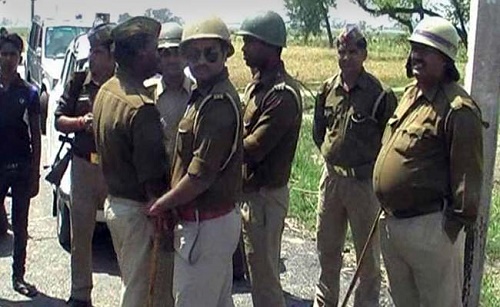 Badaun:Â Two minor girls, both cousins, were allegedly kidnapped and gang-raped at gunpoint by five people in Jareef Nagar area in Badaun in Uttar Pradesh.

The accused, two of them brothers, held the girls captive at gunpoint when they had ventured out of home for some work last night, Senior Superintendent of Police Saumitra Yadav said on Thursday, adding the girls were gang-raped by them.

The accused were later nabbed by the villagers when the victims raised an alarm and then handed over to the police, the cop said.

In May last year, two girls, who were 14 and 15, were found hanging from a tree near their village in Badaun. Based on their autopsy, the police said they were raped and hanged alive.

However, five months later, in November, the Central Bureau of Investigation said they were not gang-raped and murdered as the police said, but they hanged themselves.