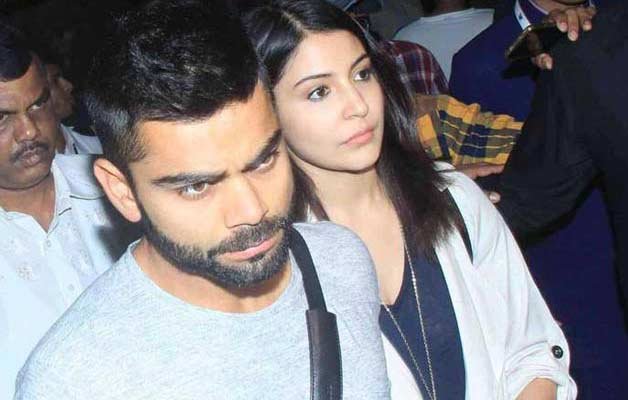 New Delhi: Lovebirds Anushka Sharma and Virat Kohli, who have been in a relationship for quite some time now, have never shied away from the prying eyes of the media.

According to a report in a leading daily, the couple were spotted in Delhi recently. Both Anushka and Kohli are in the national capital to attend cricketer Suresh Raina’s wedding onÂ April 3.

Raina will tie the knot with Priyanka Chowdhary of Meerut, at Hotel Leela Palace, Delhi.

According to reports, Anushka is currently staying at Kohli’s residence in Meera Bagh and the couple has been spending some quality time in the city.

Recently, both Kohli and Anushka were bashed by angry fans afterÂ India lost to Australia in the semi-final of the ICC World Cup 2015 in Sydney.

Kohli’s girlfriend and actress Anushka was blamed for the cricketer’s poor performance. Many abused her on social media, claiming she brought bad luck to the cricketer as well as the team.

It is also said that the actress will be performing at the opening ceremony of the eighth season of Indian Premiere League (IPL), but she is yet to give a confirmation.