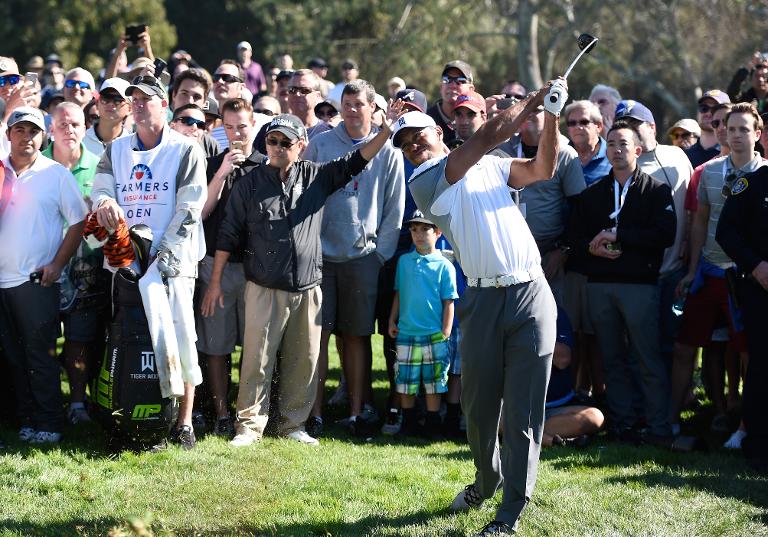 Tiger Woods played an 18-hole practice round at Augusta National but remains uncertain if he will compete in next week’s Masters, according to reports.

ESPN and USA Today, citing comments from Woods agent Mark Steinberg, reported that Woods continues to work on his game but is undecided if he will be ready in time for the year’s first major and try for a fifth green jacket.

“Tiger clearly is working hard and he will advise as to when he is ready to play competitively,” Steinberg told ESPN.

Woods flew to Augusta early Tuesday, his plane being spotted at the local airport to provide the first clue that he was in town and looking to test himself over the famed layout.

The golfer has not played in a US PGA Tour event since withdrawing at Torrey Pines on February 5 after 11 holes with back pain, saying the following week that he was taking an indefinite break until he could improve his game to a competitive level.

“My play, and scores, are not acceptable for tournament golf,” Woods said in February. “Like I’ve said, I enter a tournament to compete at the highest level, and when I think I’m ready, I’ll be back.”

Woods said his latest issues were unrelated to the back surgery he had exactly one year ago, an operation that caused him to miss the Masters for the first time in 20 years.

Former world number one Woods skipped traditional Masters tuneups at Doral and Bay Hill, but told tournament host Arnold Palmer that he hoped to be ready for the Masters.

If Woods does play next week at Augusta National, it will mark his longest layoff before a major since the 2010 Masters, when he finished equal fourth after five months off in the wake of his infamous sex scandal.

Woods, chasing the all-time record of 18 major titles won by Jack Nicklaus, has fallen to 104th in the world rankings, falling outside the top 100 for the first time since before his first PGA triumph at the 1996 Las Vegas Invitational.

Woods has not won a major since the 2008 US Open with his last Masters triumph coming 10 years ago — eight years after his electrifying, record-setting first major crown in 1997.

Next week, Woods would be playing his first major since turning 39 last December. No player has won more than three major titles beyond his 39th birthday.

Since the start of last year, Woods has played in only 10 events and completed 72 holes only three times, one of those last December at his Hero World Challenge charity event where there was no cut.

Woods has played only 47 holes this year, missing the cut at Phoenix in January with a career-worst 82 in the second round, his once-mighty short game having become a glaring weakness.

With Augusta National’s trademark undulating greens a formidable hurdle for those with poor approaches, Woods would need to have solved that trouble to have a strong chance at being competitive for a fifth career Masters title.

But Woods knows Augusta National well, having finished no worse than fourth in seven of his past nine Masters starts.