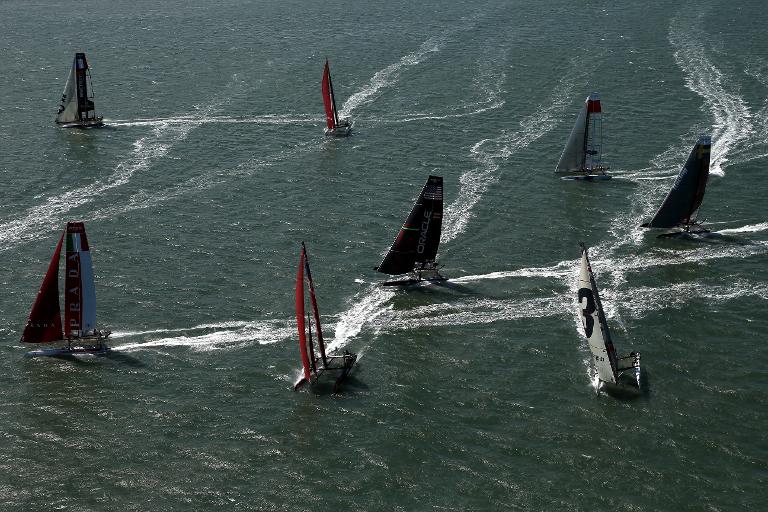 America’s Cup teams have voted to use smaller boats in the historic contest to save money, even though the decision has caused a split.

The new foiling catamarans will be cheaper to design, build and operate and race organisers hailed the decision as “a revolutionary cost-saving measure.”

Some of the six entered teams estimate they could save up to $30 million (28million euros). An Asian team is now considering entering the contest following the changes.

“Collectively, the teams have agreed current costs are neither justified, nor sustainable, and a majority have together taken a sensible course of action to cut costs. I believe this puts the Americaâ€™s Cup on a firm foundation for today and for the future,” said America’s Cup commercial commissioner Harvey Schiller.

Italian syndicate Luna Rossa and Team New Zealand opposed the changes because of work already done for the 2017 campaign. The Italians had threatened to withdraw if they went ahead.

“The established teams, ourselves included, were well down the path of designing an AC62. But there is a bigger picture to consider. We needed to bring the costs down, but we had to respect the design component of the event as thatâ€™s always been one of the biggest challenges in winning the Americaâ€™s Cup.”

“The changes being made are to reduce the current costs and complexity which are barriers to new teams wishing to enter the Americaâ€™s Cup,â€ said Iain Percy, the team manager for Artemis Racing.

“The America’s Cup — like Formula One — has to be a design race as well as a race on the water,” noted Ben Ainslie, the team principal at Ben Ainslie Racing.

â€œThat has always been part of the Cupâ€™s appeal. That is what attracts some of the worldâ€™s best engineers — people like Adrian Newey, who has shown a real passion for the design challenge of the Americaâ€™s Cup.”

Organisers said an Asian challenge was likely to enter, but did not give details. Others could follow.

“While itâ€™s true there are a few critics of this move, we have to adjust to the time. This is a rule that provides the essential of the Americaâ€™s Cup – the design challenge, the sport, the athletic spectacle – without such a prohibitive cost,” said Olympic medalist Roland Gaebler who has been working to establish a German challenge.

“My focus had been on the next Americaâ€™s Cup but with these changes we may be able to accelerate that.”

Most of the teams also said they want all the 2017 racing in Bermuda as previously announced.

This has angered New Zealand which had a provisional accord to host the America’s Challenger series in Auckland in early 2017. Team New Zealand now fears it could lose government funding for its venture.