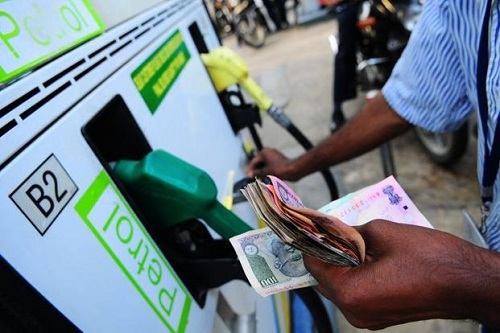 New Delhi: After two consecutive hikes, petrol prices were on Wednesday cut by 49 paise per litre and diesel by Rs 1.21 a litre on softening international oil rates. And yes, this is not an April Fool’s bluff!Â

The reduction in rates will be effective from Wednesday midnight. Prices of petrol in Delhi will be Rs 60 a litre from Thursday as against the current Rs 60.49, while diesel will cost Rs 48.50 per litre as compared with Rs 49.71 currently, Indian Oil Corp (IOC), the nation’s largest oil company, said.

Since the last price change, “the international prices of both petrol and diesel have declined. The Rupee-US Dollar exchange rate has, however, depreciated.

Â The impact of both these factors warrants decrease in retail selling prices of both petrol and diesel,” IOC said in a statement. Prior to these increases, petrol price had been cut on ten occasions since August 2014 and diesel six times since October 2014.

Cumulatively, petrol prices had been cut by Rs 17.11 per litre in ten reductions since August and diesel by Rs 12.96 a litre since its deregulation in October. This trend was reversed when rates were raised on February 16.

Fuel prices would have been lower but for four consecutive excise duty hikes since November totalling Rs 7.75 a litre on petrol and Rs 7.50 on diesel.

“The movement of prices in international oil market and Rupee-USD exchange rate shall continue to be closely monitored and developing trends of the market will be reflected in future price changes,” the IOC statement said.

Following are the revised rates of petrol and diesel in four metros after oil firms cut prices with effect from midnight tonight: