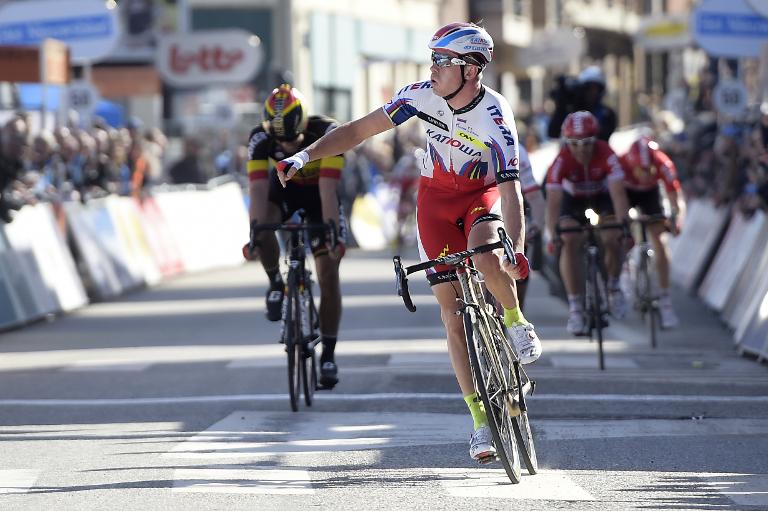 Norwegian rider Alexander Kristoff extended his lead in the Three Days of De Panne race after winning the second stage on Tuesday.

The 27-year-old — recording his second successive stage win in the race and seventh victory of the season — beat Italian Elia Viviani and Shane Archbold of New Zealand in a sprint finish.

Kristoff, second in the Milan-SanRemo one day classic last month, extended his lead in the overall standings to 16 seconds over Belgian Stijn Devolder.

Devolder, though, may fancy his chances of overhauling Kristoff as he is a time-trial specialist and the third and final day of the race on Thursday features a split stage, a 111km road race followed by a 14km time-trial.

Kristoff, who has also won stages on the Tour of Oman and the Paris-Nice this term, has his eyes fixed on an even bigger prize, Sunday’s one day classic The Tour of Flanders.

“I can win it, but I am not the only one who can,” said the modest Norwegian.