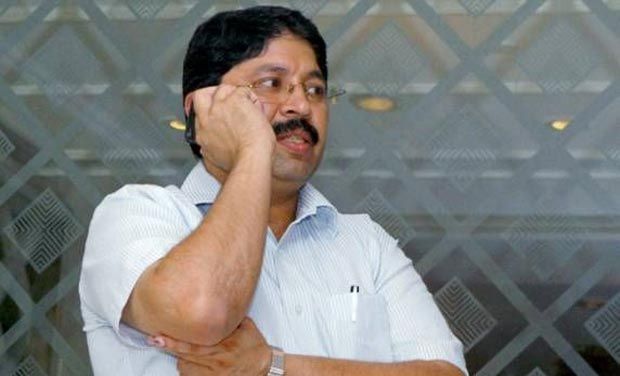 New Delhi:Â The Enforcement Directorate (ED) on Wednesday attached assets worth Rs 742.58 crore in the name of former Telecom Minister Dayanidhi Maran, his businessman brother Kalanithi and other family members in connection with its money laundering probe in the Aircel-Maxis deal.

The agency, which has questioned the Maran brothers more than once in the last few months, issued the attachment order under the provisions of the Prevention of Money Laundering Act (PMLA), ED sources said.

Amongst the assets attached are a huge amount of fixed deposits (FDs) and mutual funds held largely by his brother and Sun TV MD Kalanithi. Some assets of Kalanithi’s wife Kaveri have also been attached.

An official order said “that illegal gratification of Rs 742.58 crore was paid by the companies based in Mauritius for Dayanidhi in the two companies namely Ms Sun Direct TV Pvt Ltd (SDTPL) and Ms South Asia FM Ltd (SAFL). These two companies are owned and controlled by Kalanithi. The money has been utilised by the companies in their business or investments.

“The investigation under PMLA has further revealed that promoters of the SDTPL are Kalanithi and Smt Kaveri Kalanithi. These two persons are holding 80 per cent shares of SDTPL. The shareholders of SAFL are Ms Sun TV Network Limited (60 per cent) and 20 per cent each are Ms AH Multisoft Pvt Ltd and Ms South Asia Multimedia Technologies Ltd Mauritius.”

The ED probe found that “Kalanithi is holding 75 per cent shares of Ms Sun TV Network Limited and both Kalanithi and his wife have 90 per cent and 10 per cent shareholding respectively in a company Ms Kal Comm Pvt Ltd.”

The money laundering probe in this case is being monitored by the Supreme Court and agency’s Deputy Director Rajeshwar Singh under the Headquarter Investigation Unit (HIU) has been appointed as the investigating officer of the case.

ED registered its criminal case in this deal in 2012 taking cognisance of an earlier CBI FIR.Â The CBI had alleged in the court that Dayanidhi had “pressured” and “forced” Chennai?based telecom promoter C Sivasankaran to sell his stakes in Aircel and two subsidiary firms to Malaysian firm Maxis Group in 2006.

An attachment order under PMLA can be challenged by the affected party before the Adjudicating Authority of the said Act within a time period of 120 days and it is aimed to deprive the accused from deriving benefits of his or her tainted wealth.

The sources said the agency is now expected to file a chargesheet in this case after the questioning of other foreign-based accused.Â “Some replies to ED’s judicial requests sent abroad are awaited in the case,” they said.

The CBI has charged them with the offences punishable under section 120-B (criminal conspiracy) of the IPC and under relevant provisions of the Prevention of Corruption Act.Â