New Delhi: Everyone gets delighted to see new gadgets with an updated spec sheet and trendy form factor. With new smartphones on hype, rumours surfaces everyday over the internet. Most of these arenâ€™t true but some will give you the right information about the anticipated phones.

NewsMobile brings you some of the rumoured smartphones expected this year.

Sonyâ€™s Xperia Z4 is expected to be unveiled at the Mobile World Congress scheduled to happen this year. Considering the competition in the Smartphone market, Xperia Z4 is anticipated to be a phone with a strong build which can withstand good miss falls along with top rated waterproofing and good hardware.

Xperia Z4, according to the rumoured specs, features a 5.2 inch display, with a resolution of 2560×1440 pixels. On the hardware part, the phone comes with a good Qualcomm processor with a clock speed of 1.5 GHz along with 4GB RAM. The Sony smartphone is believed to sport a 20.7 megapixel camera on the rear and a 5 megapixel front camera. 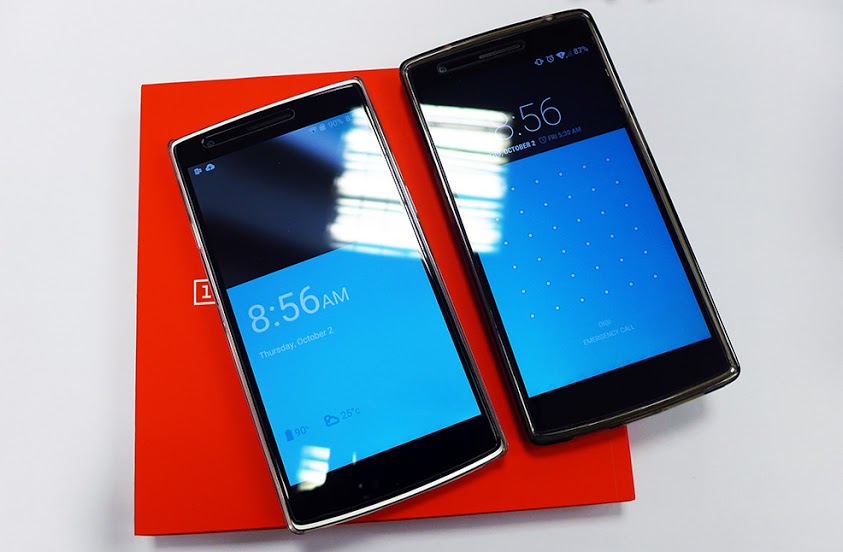 The OnePlus One was unveiled early in 2014, showing us how Chinese smartphone makers can often do what seems impossible: put truly flagship-grade specs in a smartphone and adorn them with a mid-range price.

The company, a spin-off of Oppo, however, seems to have launched the OnePlus One more for the hype that it generated rather than for the mass user. With a series of mishaps, a sexist marketing campaign, and a confusing invitation-based system, the OnePlus One quickly started becoming a OnePlus Annoyance for its wanna-be buyers.

Rumours have been flying around for a follow-up, though, a OnePlus Two of kinds. Hopefully, the company has learned from its mistakes and the rumoured smaller, 5.2â€ display, OnePlus Two could finally offer us that lucrative combination of a good price and flagship-grade specs.

The Apple iPhone 6 and iPhone 6 Plus made for another record-breaking year for Apple in 2014, and they do stand-out with their remarkable, premium design, as well as evolved software with iOS 8 that manages to keep the simplicity of use, and still deliver further-reaching functionality.

What could 2015’s iPhone 6s and 6s Plus have to surprise us? While we do not expect any changes in design and screen size, but can expect a small further boost in performance power, a bump up in the camera sensor that would bring us more megapixels for more detailed images, and we hope for the usual surprise from Apple.

The Android fans are expected to witness Galaxy S6 from Samsung this year at the Mobile World Congress event. The upcoming phone from Samsung might show off all new metallic body like the Galaxy Alpha and the Note 4. And the best part, the upcoming phone might not be big in size and will likely have a screen size between 5 to 5.5 inches with a QuadHD resolution.

Rumour says, the Samsung S6 will come with a 5.2 Super AMOLED screen with a resolution of 2560×1440 pixels. On the features list, the phone is expected with a fingerprint sensor and a water resistant body. The hardware consists of a good processor with a clock speed of 1.9GHz alongside a 4GB RAM.

Galaxy S6 is expected to have front speakers for better music experience and front camera would have flash, so that you can take high quality selfies. It will capable of 4K video recording with new features. The smartphone is expected to sport a 20MP rear camera and 5MP selfies cam.

The new HTC One M9 is presumed to be release in March 2015. Rumours are around that Bose and HTC had joined forces to embark an upgrade in the audio as well as raising the scale of the processing power, memory and display resolution.

The specs on the HTC one M9 shows a 5-inch display with a resolution of 1080×1920 pixels protected by a corning gorilla glass 4. The hardware shows quad core processors with individual clock speed of 1.5GHz and 2GHz alongside a 3GB RAM and runs on Android 5.0 Lollipop with HTC Sense 7.0.

The smartphone comes with Snapdragon 810 chipset with Adreno 430 GPU, which is an Octa-Core chipset. A dual 20.7 megapixel camera is shown on the specs sheet with UltraPixel camera on the front and 2,840mAh battery.