Whether it was the hit pairing of Rajesh Khanna and Sharmila Tagore back in the â€™70s, or the chemistry between Govinda and Karisma Kapoor, or the one Shah Rukh Khan and Kajol shared in the â€™90s, Bollywood has generated several hit on-screen couples over the decades.

As we gear up everything new in 2015, we take a look at some of the exciting and sizzling never-seen-before onscreen couples, who will definitely leave you stunned with their chemistry this year.

So here is a glimpse of some â€˜hatke jodisâ€™ which are all set to sizzle on the big screen in 2015:

Highway actress Alia Bhatt will be seen opposite Shahid in Vikas Bahlâ€™s destination wedding film Shaandaar which is slated to release in August. While 2014 was a great year for these two individually, the two will be seen sharing screen space for very first time. And we wonâ€™t be surprised if they manage to impress the audience because they indeed look super cute together.

Sonakshi and Arjun have teamed up for Sanjay Kapoorâ€™s maiden production venture Tevar which will hit the screens on January 9. While there is great buzz around the film courtesy a promising trailer and good music, the lead pairâ€™s sizzling chemistry also grabbed attention. Reportedly, Sinha and Arjun are much in the limelight for their off-screen chemistry and so onlookers are more eager to see them together onscreen too.

Another interesting and fresh pairing this year is of Ek Villain actress Shraddha and her childhood friend Varun. The duo will be seen in Remo Dâ€™Souzaâ€™s dance film ABCD 2 which is scheduled to release in June. Though Shraddha and Dhawan Jr have been close buddies for a long time, this is their first film together. Well, going by the promotional activities, we think these two are going to mark the big screen with their chemistry.

This couple will be definitely a pleasant surprise this year. Aditya Roy Kapur will play a role of a young artist, Noor, while Katrina Kaif will be seen drawing the role of a heart breaker in love saga, â€˜Fitoorâ€™. The film is an adaptation of the Charles Dickens novel, â€˜Great Expectationsâ€™. Not to forget, this film is being shot in Kashmir so that would be also an important reason which makes the movie worth watching.

Another interesting pairing which weâ€™ll get to see this year is of Salman Khan and Sonam Kapoor. The couple have paired up for Sooraj Barjatyaâ€™s â€˜Prem Ratan Dhan Payoâ€™. While Khan is known as the eligible bachelor of Bollywood, the Kapoor lass is the ultimate fashionista of B-town. So coming together of this â€˜hatke jodiâ€™ would certainly be the highlight of 2015.

The Pakistani beauty Mahira Khan will make her Bollywood debut opposite Badshah Shah Rukh Khan in â€˜Raeesâ€™. SRK is currently shooting for Yash Raj Filmsâ€™ Fan, and is expected to start shooting for Raees in February, 2015. The filming will take place in Mumbai and rural areas of Gujarat.

Ranbir Kapoor and Anushka Sharma will be seen in filmmaker Anurag Kashyapâ€™s Bombay Velvet. The actors reportedly sport a very different look in the movie which is based in 1960s Bombay. RK will be seen as a street fighter, and Anushka plays a role of a Jazz singer. Interestingly, Karan Johar will be making his acting debut with this film. He will play a negative role in the film.

The National-award winning actor Rajkumar Rao will be seen as one of the suitors in Abhishek Dograâ€™s â€˜Dolly Ki Doliâ€™, where he will be competing for the hand of the bride, Sonam Kapoor. The Arbaaz Khan production is scheduled to release by January 23, 2015.

Shoojit Sircarâ€™s upcoming film, â€˜Pikuâ€™ will have Amitabh Bachchan and Deepika Padukone in lead roles. Irrfan Khan will romance the â€˜Finding Fannyâ€™ beauty in the film and is said to have a significant part. However, not much has been revealed yet. 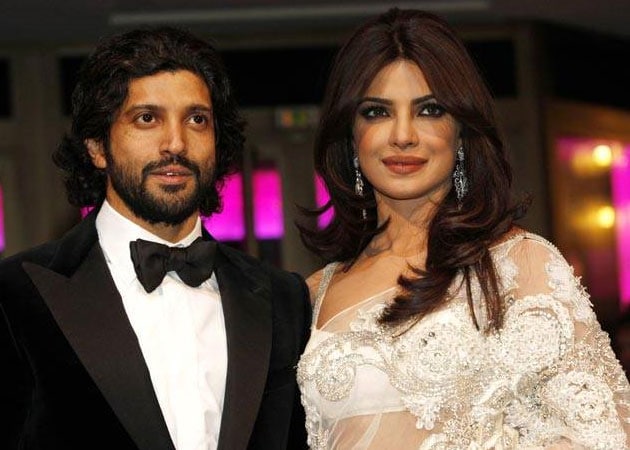 Although Farhan Akhtar has directed Priyanka Chopra in Don: The Chase Begins (2006), Farhan will be seen alongside PeeCee for the first time in 2015. The two share screen space in Zoya Akhtarâ€™s â€˜Dil Dhakakne Doâ€™ and have also reportedly sung a romantic duet for the film.