Home Science & Tech Gadgets to look out for in 2015

New Delhi: Whether you are on the go, in your office or at home, gadgets can introduce great time-saving advantages into your day, as well as make life easier. 2015 is being touted as the big year for wearable tech, but that is not the only realm of technology that the next year has high hopes from. From iPhone 6s and OnePlus Two to worldâ€™s smallest earphones, 2015 will be the year of technology.

NewsMobile jots down 10 new gadgets that will take 2015 by storm.

The OnePlus One was unveiled early in 2014, showing us how Chinese smartphone makers can often do what seems impossible: put truly flagship-grade specs in a smartphone and adorn them with a mid-range price.

The company, a spin-off of Oppo, however, seems to have launched the OnePlus One more for the hype that it generated rather than for the mass user. With a series of mishaps, a sexist marketing campaign, and a confusing invitation-based system, the OnePlus One quickly started becoming a OnePlus Annoyance for its wanna-be buyers.

Rumours have been flying around for a follow-up, though, a OnePlus Two of kinds. Hopefully, the company has learned from its mistakes and the rumoured smaller, 5.2â€ display, OnePlus Two could finally offer us that lucrative combination of a good price and flagship-grade specs.

The Livescribe Echo Smartpen allows you to record audio while youâ€™re taking notes, and then play them back later. You can save and share interactive notes to your computer, iPad or iPhone via a micro-USB connector that also allows you to recharge your pen.

The memory storage holds 400 or 800 hours of recorded audio, depending on the model, and includes an OLED display that makes it easy to navigate smartpen apps.

The SyrenPro is a wireless weather-resistant outdoor Bluetooth speaker with TrueWireless Stereo pairing, which lets you create your own stereo system wirelessly using two speakers. The speakers can be plugged into an electrical outlet or run by rechargeable battery for up to four hours, so you can enjoy your music anywhere.

The speakers provide 360-degree sound, are weather/UV resistant, and work with most Bluetooth devices.

The Apple iPhone 6 and iPhone 6 Plus made for another record-breaking year for Apple in 2014, and they do stand-out with their remarkable, premium design, as well as evolved software with iOS 8 that manages to keep the simplicity of use, and still deliver further-reaching functionality.

What could 2015’s iPhone 6s and 6s Plus have to surprise us? While we do not expect any changes in design and screen size, but can expect a small further boost in performance power, a bump up in the camera sensor that would bring us more megapixels for more detailed images, and we hope for the usual surprise from Apple.

This is the scanner that saves treasured photos directly to an iPad while it docks and charges the device. Controlled by a free app, the sheet-fed scanner makes it simple to preserve and share heirloom photos and documents as digital files.

In as little as 12 seconds, a photo is converted to a crisp 300- or 600-dpi colour JPEG image that is displayed on screen in real time and saved to the iPadâ€™s camera roll. The integrated dock holds the iPad upright and has a built-in Lightning connector that recharges its battery in five hours.

Amazon’s line-up of Kindle Fire tablets has performed strongly, competing with Samsung for the title of the most popular Android-based tablet brand, but as the future of tablets becomes less clear and more complicated it’s hard to predict what the 2015 edition of the Kindle Fire will look like.

With rumours all around for a jump to larger screen sizes that allow for more laptop-like productivity, we would not be at all surprised to see the new Kindle Fire tablets jump to a 12″ screen size, or even slightly more. As always, we also expect great price, top-notch hardware, and Amazon’s heavy custom skin on top of (hopefully) Android 5.0 Lollipop. 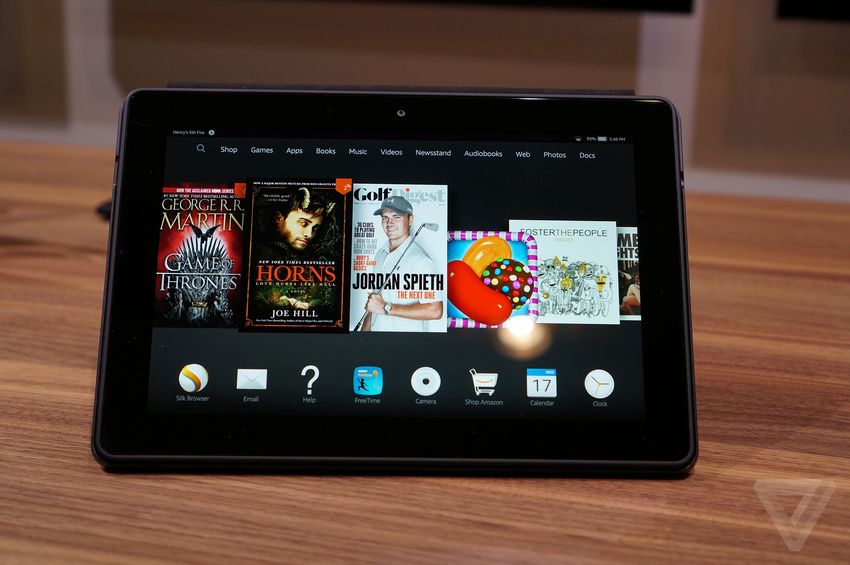 If you were intimidated by the tile-like appearance of Windows 8 and the disappearance of the familiar startup menu â€“ and decided to stick with Windows 7â€”your instincts were dead right. Microsoft has got the message and in the next version of Windows which it has named Windows 10 (skipping 9) it has restored the familiar Win 7 style and shrunk the tiles menu to a corner of the screen.

Windows 10 is now in a ‘Technical preview’ phase means Microsoft is ironing out the kinks. PCs, tablets and laptops bought after mid 2015 should come with Windows 10 â€“ so if you buy before that, make sure you are entitled to an upgrade to Win 10, without paying all over again.

The Apple Watch is no longer a secret. Tim Cook and his lieutenants unveiled it at a massive event in the fall of 2014, but it wasn’t what many tech geeks expected. Namely, it is not a device aimed squarely at nerds â€“ rather, it’s more of a fashion and fitness oriented piece of technology.

The watch is compatible with iOS 8 and other Apple devices, besides being able to track the userâ€™s health, receive messages, and act as a viewfinder for the iPhone camera. The watch will be available in three different models, with prices starting from $349. The device is expected to hit stores in the first quarter of 2015, although no confirmation has been received yet. 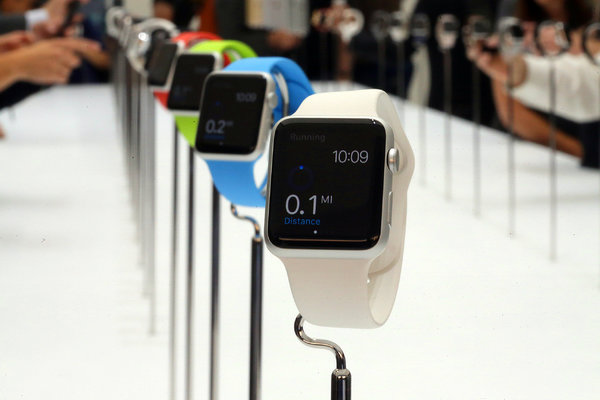 Music is a part of everyone’s life. It brings joy, excitement and motivation. However it is not always a pleasure listening to music with headphones. Cables tangle and pull at the headphones and ultimately break.

But these new wireless earbuds reinvent headphones. The Dash earbuds are not just in-ear headphones, they also serve as a fitness tracker and a microphone. The Dash consists of a pair of discrete and completely wireless stereo earphones. They will playback music through a Bluetooth connection or use the embedded 4GB/1000 song music player.

The Dash will allow users to track their workouts by measuring their body vitals and giving them real-time acoustic feedback. The wireless headphones will be released in April 2015. Nissan and Cadillac are expected to be the first car companies to incorporate smart rearview mirrors in their cars. Drivers will now have LCD monitors incorporated into their mirrors to increase or clear visibility under various conditions. The driver will be able to switch back and forth depending on their preference. 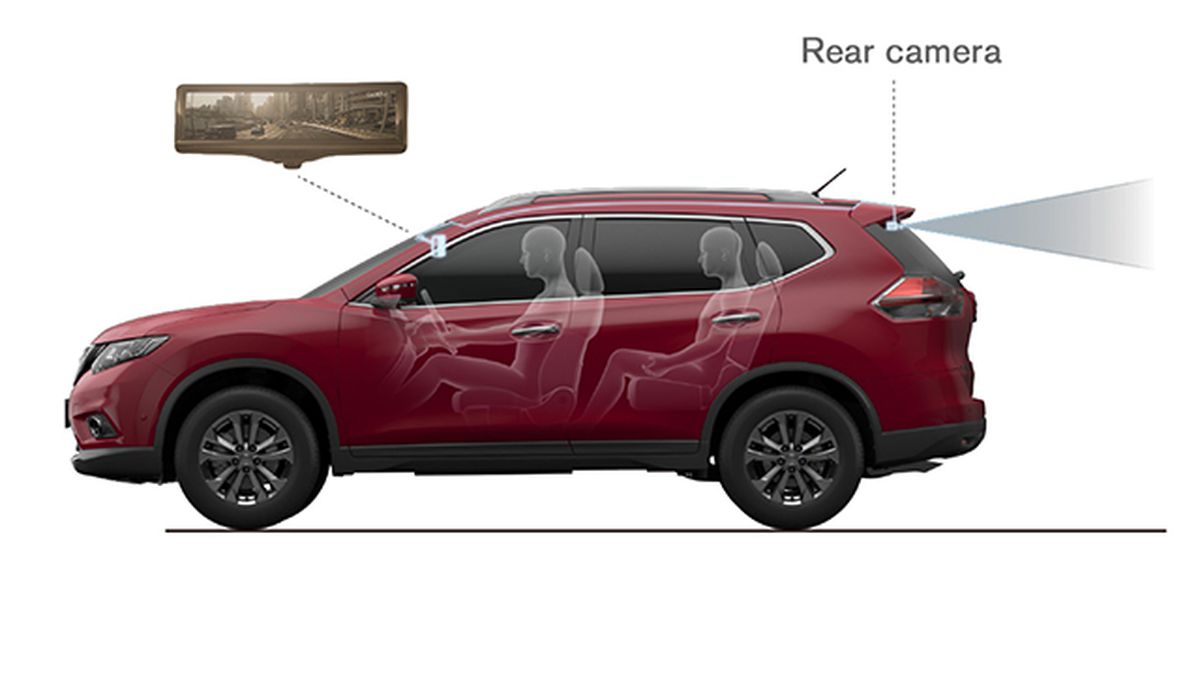