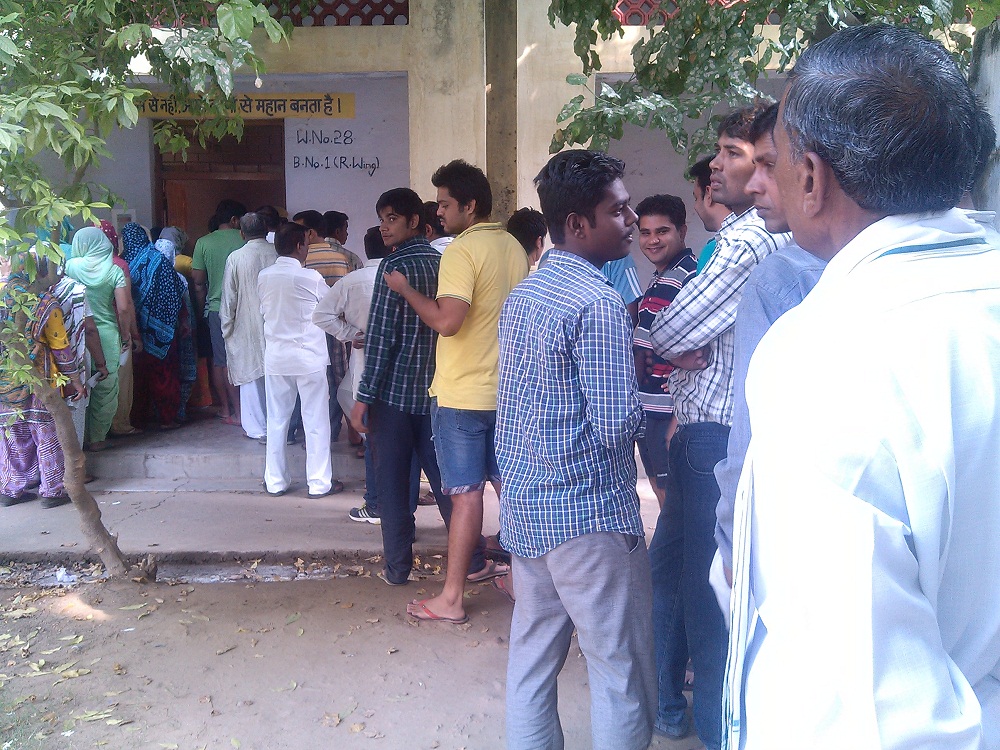 Gurgaon: Long queues were seen outside most of the polling stations in Gurgaon as voting for the 90 assembly seats in Haryana began on Wednesday.

There was a record 52% voter turnout in the state till 3pm. Highest turnout were seen in Kurukshetra with 62.7% casting their votes while at Gurgaon, it was 42.7% voting.

Scuffle between Bharatiya Janata Party (BJP) and Indian National Lok Dal (INLD) workers took place in Modia Khera village in Sirsa. Clashes and firing were reported between both the party supporters in Sirsa. As per reports, two people have been injured in firing.

Incidents of violence have also been reported from other parts of Haryana like Hisar and Basgaon.

Polling was going on at a brisk pace at places including Ambala, Bhiwani, Fatehabad, Hisar and Yamunanagar while it was comparatively slow at places like Rewari, election officials said.

Earlier, many young voters were seen at the polling stations followed by women. â€œWe want a change and the change is here. Who better than Chautala can give it,â€ voter Prerna Singh told NewsMobile adding, â€œWe need to take initiatives and people are coming in numbers to exercise their power to vote.â€

Polling started at 7am at 16,357 polling centres and will end at 6 pm. More than 1.63 crore voters are expected to exercise their franchise to elect their representatives out of total of 1,351 candidates.

Walgad said to ensure smooth conduct of elections, about 70,000 polling officials have been deployed in addition to 50,000 security personnel, including 80 companies of the Central Reserve Police Force.

â€œWe know INLD is the winner. Chautala is a Dabangg player and we have confidence in him. Change is needed but for that, we should change ourselves. The wind here says it all,â€ said a voter from Jharsa Primary School.

Senior citizens were also seen in large numbers in the morning casting their votes. â€œWhat we need is clear roads, 24×7 water supply and uninterrupted power supply. I hope the new government in power we do this for us and this is what motivated us to vote,â€ said Manish Kumar, who is in his late 60s.

Like Manish Kumar, many think the state is in need of good government. â€œWhat we need is a better life, employment for our grandchildren. This is our basic right and we want that the government to work for it,â€ said Kumarâ€™s neighbour, who came together to vote for a better life.

Election Commission also provided a â€˜NOTA (none of the above)â€™ button in electronic voting machines (EVM) for voters who did not want to vote for any of the candidates contesting the polls.