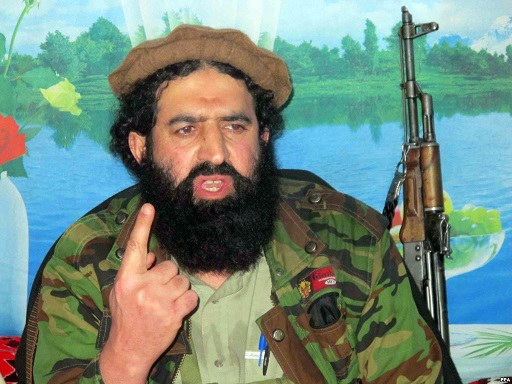 Their declaration indicates a split between their group and the head of the Afghan Taliban, Mullah Omar, who has long enjoyed their loyalty as Amirul Momineen â€“ Commander of the Faithful, the traditional title of the ‘Caliph’.

But in a statement on Wednesday Shadidullah Shahid said he and the five other commanders accepted Abu Bakar Al-Baghdadi of the Islamic State as Amirul Momineen.

“I am confirming my allegiance to Amirul Momineen Abu Bakar Al-Baghdadi and would abide by all his decisions, whatever is the order, and whatsoever the circumstances, I shall be loyal to him and obey his orders,” Shaidullah Shahid said in a statement issued in Arabic and Urdu.

There is now concern that other senior figures in the Pakistani Taliban may defect to ISIS, including the group’s overall leader Maulana Fazlullah, who has previously voiced support for the terror group.

Despite several members having declared their ISIS sympathies, announcement is the first time any senior figure within the Pakistani Taliban has actually sworn allegiance to al-Baghdadi.

Last month Isil leaflets were posted in and around Peshawar announcing that the Caliphate it had established in parts of Iraq and Syria extended into Iran, Afghanistan and Pakistan. Earlier this month three Bangladeshi men were arrested in Dhaka as they prepared to travel to Syria to join Isil’s jihadists.