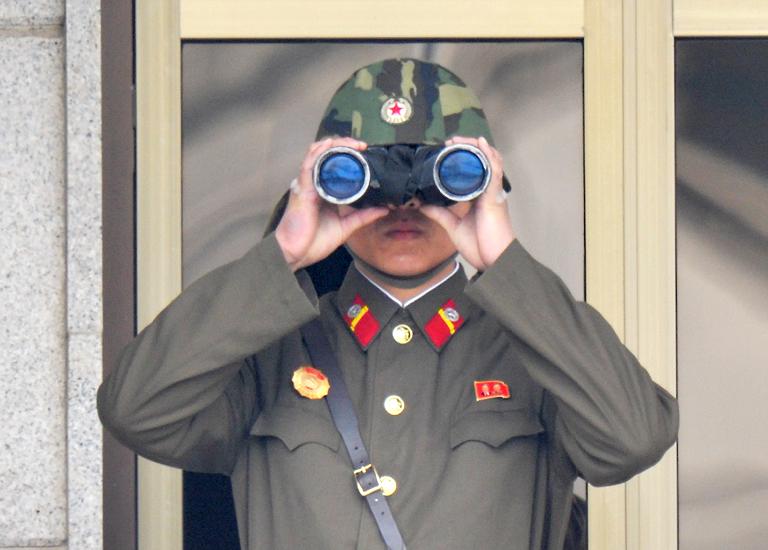 Government officials and officers up to the rank of general met for five hours at the border truce village of Panmunjom in what media reports described as the highest-level military exchange between the two rivals for seven years.

The talks followed a rare incident Friday on the heavily-fortified land border, in which both sides traded heavy machine-gun fire after the North’s military tried to shoot down some leaflet-laden balloons launched by South Korean anti-Pyongyang activists.

There were no reported casualties.

On Tuesday last week North and South Korean naval patrol boats briefly exchanged warning fire near their disputed Yellow Sea border, which has been the site of numerous clashes in the past.

While naval confrontations along the sea border occur from time to time, any military engagement across the land frontier is extremely rare.

“Our side clarified our position that North Korea should respect (the maritime boundary) … and that as a democratic nation, we cannot regulate balloon launches by civilian groups,” Kim said.

No date was set for a further round of talks, he added.

The South’s defence and unification ministries had both initially declined to confirm the talks after Kim said both sides had agreed not to publicise the event.

Because the 1950-53 Korean conflict ended with a ceasefire rather than a treaty, the two Koreas remain technically at war.

The North has repeatedly called on South Korea to prevent activists launching leaflets across the border, and warned of dire consequences if it fails to do so.

It has threatened “stronger physical strikes” against leaflet launches, urging South Korea to stop “reckless acts” that would undermine a recent agreement to resume a high-level dialogue.

Seoul says it has urged the activists to exercise self-restraint, but stresses that it has no legal grounds for banning the launches outright.

On Wednesday conservative activists in Seoul revealed their plan to launch propaganda balloons again on October 25, while residents living near the border rallied in central Seoul urging the government to stop leaflet launches.

The meeting was an apparent effort to lower the risk of any armed escalation, especially before the planned resumption of the high-level dialogue that has been suspended for eight months.

Seoul has proposed the dialogue should begin on October 30 in Panmunjom, the South’s unification ministry said.

“There has been no response yet from North Korea to our proposal,” a ministry official said.

The last round in February resulted in the North hosting a rare reunion of families separated by the Korean War.