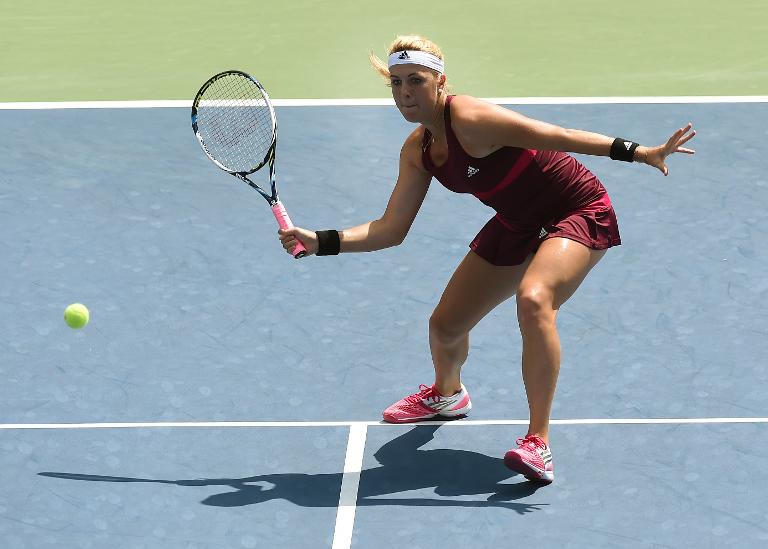 The 23-year-old Pavlyuchenkova, seeking her seventh career title at the joint WTA and ATP event, outclassed Konjuh 6-3, 6-4 in their first ever meeting.

The Paris WTA indoor winner broke midway through the opening set and kept her narrow lead through to lift herself 1-0 up in 31 minutes.

The second set was a virtual carbon copy of the first as Pavlyuchenkova, 30th in the WTA rankings, broke once again to take the set and the match in one hour 21 minutes.

“I knew almost nothing about my opponent and was mostly focused on my own performance,” Pavlyuchenkova said.

“In general I’m pleased with my tennis today as it’s always difficult to start a new tournament especially in front of my home crowd.”

Moscow-born Krunic, 21, broke her rival’s serve twice for a one-set advantage, while Garcia, who won her maiden WTA title in Bogota this year, broke back only once.

In the second set at Moscow’s Olympic indoor arena Krunic, 109th in the WTA rankings, produced two more breaks to advance to the second round after 52 minutes on court.

“It was difficult to oppose Krunic as she played really well today,” Garcia said.

“She served well and moved around the court pretty fast while I experienced certain complications and failed to match her solid performance tonight.”

Amongst the men, Mikhail Kukushkin of Kazakhstan, last year’s runner-up, battled back from a set down to proceed into the second round past Russia’s wild card Karen Khachanov with a 6-7 (3/7), 6-0, 6-2 victory.

Kukushkin, 74th in the world, was trailing 1-0 after losing the opening set on a tiebreak. But in the second he moved up a gear to level at 1-1. In the decider Kukushkin, 26, broke twice to win their first ATP Tour meeting.