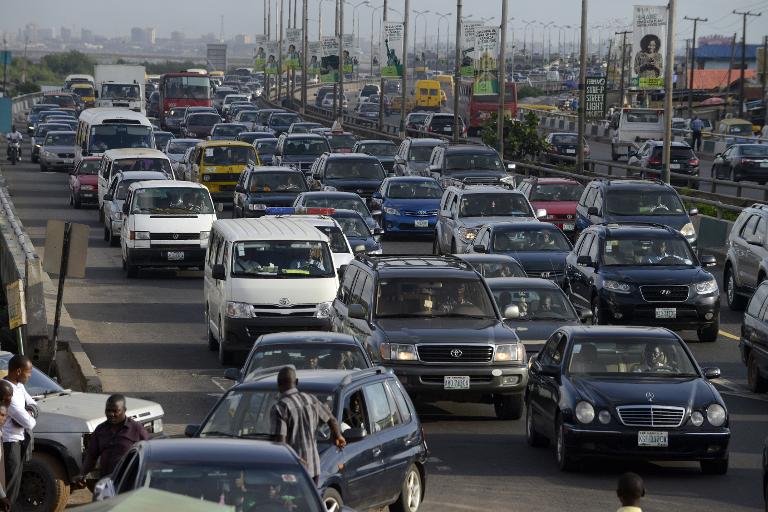 Nigeria’s chaotic megacity Lagos on Wednesday sought to impose a one-day ban on the use of the car horn, hoping to raise awareness about damaging noise pollution and improve quality of life.

The occasional honk still rang out on the crowded streets of the country’s financial capital yet drivers, public transport users and pedestrians said they noticed that things were a bit quieter.

Many welcomed the idea but wondered whether old habits would die hard come Thursday.

“If the intention is to reduce the noise, it’s good,” said Lateef Adebayo, a 35-year-old commercial driver. “But after today, I don’t see people complying with the policy.”

Traffic police have been advertising “horn-free day” on their high-visibility vests and have been told they can enforce existing legislation against unnecessary horn use.

“The intention and the objective of the day is to reduce noise pollution,” Lagos State government’s transport commissioner, Kayode Opeifa, told AFP.

“The exercise will create awareness that horn misuse and abuse is very dangerous to health and the environment.”

“Horn-free” Lagos is the first such event in Nigeria but follows similar noise-reduction initiatives around the world in places such as India’s ear-splitting megacity, Mumbai.

If successful, the event could take place every year, said Opeifa.

The constant “peep-peep” of the car horn is the soundtrack to Lagos life and is seen by many as part of its vibrant charm as a hive of industry and bustling, entrepreneurial spirit.

Cars, the battered “danfos” or minibuses, “okada” motorcycle taxis and lorries all use the horn as punctuation before, during and after every manoeuvre — and when stuck in notorious “go-slows”.

But added to the thumping beats of loud music, the noise of generator engines and 20 million people talking and shouting, residents can barely hear themselves think.

More than 60 percent of vehicles in Nigeria drive on Lagos’ roads and Opeifa said attitudes needed to change about how the horn is used — with more consideration the watchword.

From the streets, the government plans to take the campaign to churches, mosques and parks, where giant loudspeakers pump out religious messages and music, also shattering the peace.

The move will come too late for Yekini Anifowose, a trader in one of Lagos’ largest and busiest roadside parks, Oshodi, which is also one of the city’s worst traffic bottlenecks.

“Seven years ago, I started gradually to lose my hearing when I was exposed to the deafening noise from this environment,” the 36-year-old said.

“Exposure to noise should not be greater than 90 decibels for eight hours per day and five days a week,” said Oyewole, warning that anything above that level can lead to permanent hearing loss.

Bomb blasts and military shelling can cause permanent deafness instantly but Oyewole said there had to be greater awareness of gradual loss of hearing, with many people exposed day and night.

“It (noise pollution) is a very serious problem in developing countries such as ours where laws against noise pollution are either non-existent or not enforced,” he added.

Doctors around the world have increasingly warned about the effects of prolonged exposure to loud noise, saying it can cause illnesses such as epilepsy and cardiovascular disease.

Benedict Kunle Adebiyi, who teaches students with hearing difficulties at a specialist school in southwestern Oyo state, said legislation would be a welcome first step.

“There is yet no law to control noise pollution in Nigeria. And there should be one,” he said.

He called for Nigerians to come together to tackle the problem in the same way that citizens took on board the advice to combat the recent threat from the Ebola virus.