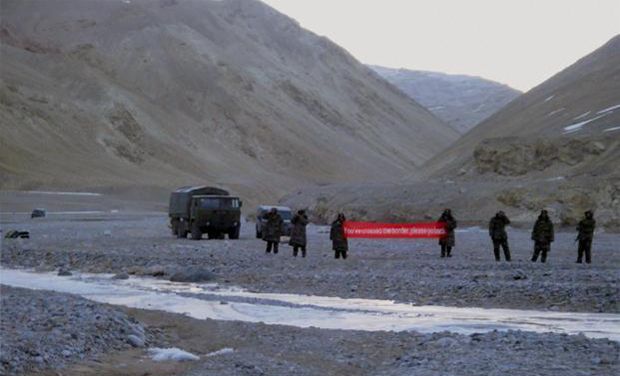 New Delhi: The over three week-long standoff in Ladakh last month after the incursion by the Chinese army is expected to figure prominently during the India-China talks on border mechanism in New Delhi on Thursday.

The meeting of Border Affairs Working Mechanism for Consultation and Coordination (WMCC) will be held to discuss various issues pertaining to the maintenance of peace and tranquility in the border areas, according to Indian officials.

The Chinese incursion in Demchok and Chumar overshadowed the talks between Chinese President Xi Jinping and Prime Minister Narendra Modi last month when latter raised “serious concerns” over the repeated incidents along the border and sought an early settlement of the boundary question.

Thursday’s meeting will be the first interaction between the two sides after the new government in India took office.

Established in 2012, the Mechanism has played a major role in addressing the issues arising of aggressive patrolling by both sides of the disputed border including last year’s standoff at Depsang Valley.

Meanwhile, officials in Beijing said the meeting will focus on a number of issues of mutual interests concerning the boundary patrolling and management.

The Mechanism is co-chaired by the Joint Secretary (in-charge of China division) in the External Affairs Ministry and his Chinese counterpart.

The mandate of the WMCC comprised of foreign ministry and defence officials from both sides to discuss issues related to border management by both sides to maintain peace and not the boundary dispute which is discussed by Special Representatives.