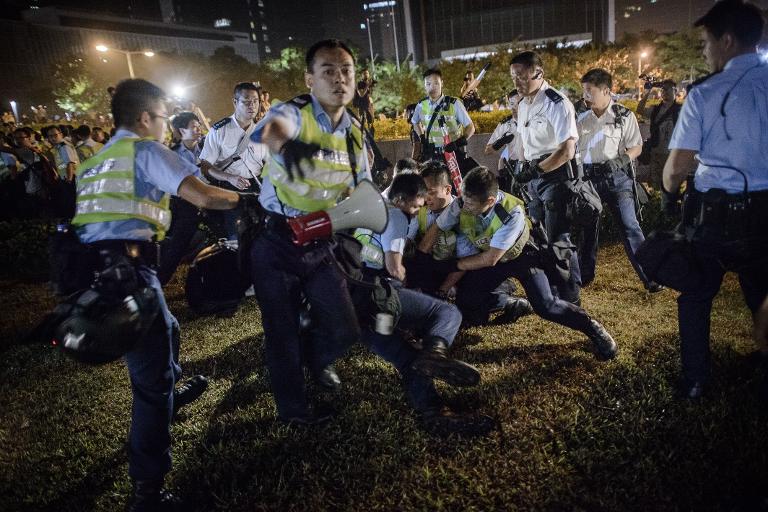 Hong Kong police and protesters clashed early Wednesday in some of the most violent incidents since pro-democracy demonstrations began in the Chinese financial hub more than a fortnight ago, leading to several arrests.

Dozens of officers scuffled with protesters guarding newly erected barricades on a main road next to the city’s government headquarters, according to an AFP journalist at the scene.