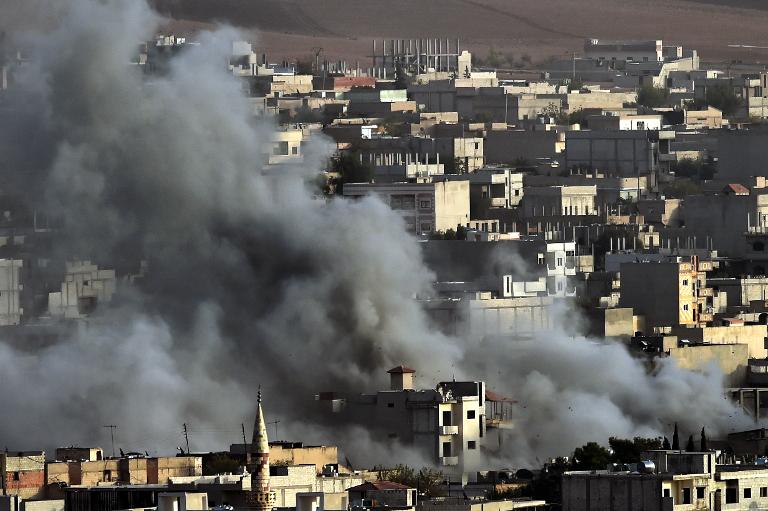 Military commanders from more than 20 countries met Tuesday in Washington to discuss the fight against jihadists in Syria and Iraq after more than two months of US-led air strikes failed to halt the militants’ advance.

The US military’s top-ranking officer, General Martin Dempsey, hosted the talks at Andrews Air Force base outside the US capital, the first such gathering of top brass from so many nations since the coalition against the Islamic State group was formed in September.

“This meeting provides an opportunity to take stock of coalition progress to date and continue to align and fully integrate the unique capabilities of coalition partners,” said Alistair Baskey, spokesman for the US National Security Council.

President Barack Obama was due to meet the coalition commanders later on Tuesday and looked forward to discussing “additional measures that the coalition can take to degrade and ultimately destroy” the IS group, Baskey said.

US officials said no dramatic announcements were expected to emerge from the talks but promised that the meeting would ensure better coordination among the coalition members.

“This is just to make sure everybody is working off the same song sheet,” a US defense official, who spoke on condition of anonymity, told AFP.

Despite daily bombing raids by coalition aircraft, the IS group has captured nearly half of the Syrian border town of Kobane and seized most of Iraq’s largest province, Anbar.

The American officer overseeing the air campaign in Iraq and Syria, General Lloyd Austin, head of Central Command, was expected to brief the military chiefs and provide an update to Obama.

The four-star general has kept a low public profile since air strikes began on August 8 in Iraq and has yet to hold a press conference or answer questions from reporters on the operation.

The meeting will be attended by officers from 22 countries, including all five of the Arab states that are taking part in the air campaign in Syria.