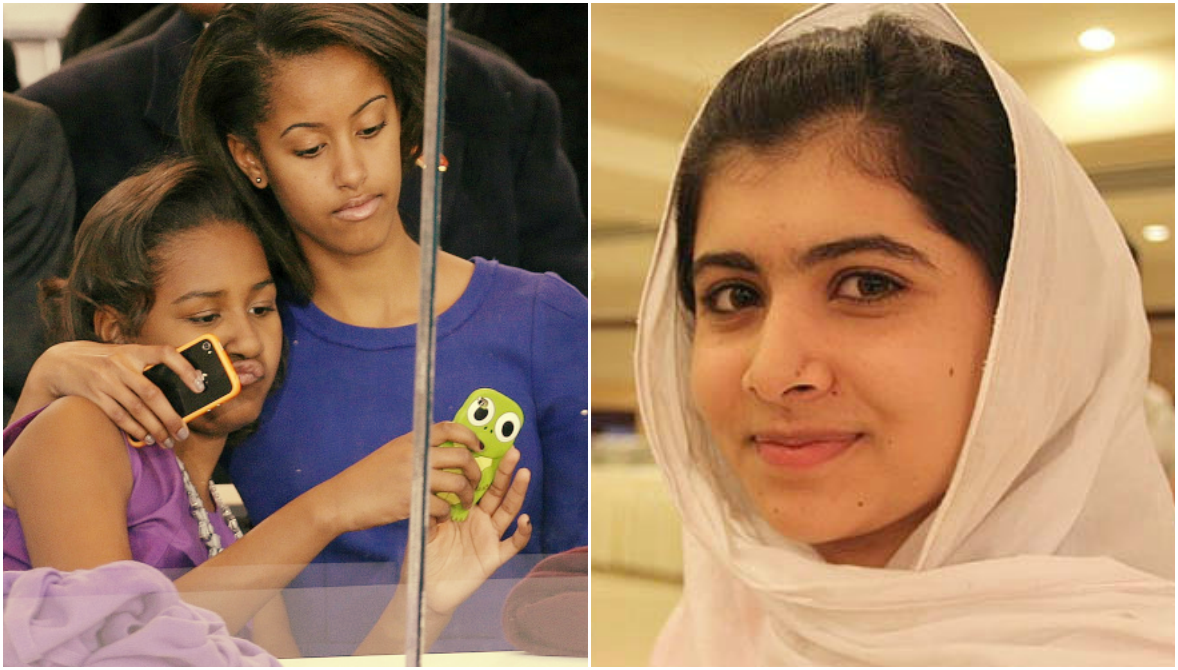 The youngest were Sasha Obama and fellow 13-year-old Mo’ne Davis, a pitching sensation who led her Philadelphia boys’ baseball team to the Little League World Series and landed a spot on the cover of Sports Illustrated.

Tavi Gevinson, the 18-year-old fashion writer and founder of popular online magazine Rookie, was noted as emblematic of the contemporary teen in the Internet age, while transgender activist Jazz Jennings, 14, and Hong Kong pro-democracy activist Joshua Wong, 18, also made the list.

The dominant categories were athletes, actors and singers.

Irish trio Ciara Judge, 16, Emer Hickey, 17, and Sophie Healy-Thow, 17, were noted for their discovery of bacteria that deposits nitrogen from the atmosphere into soil.

Jaden Smith, 16, son of actors Will Smith and Jada Pinkett Smith, was recognized for acting and his Twitter following, while reality TV stars the Jenner sisters Kendall, 18, and Kylie, 17, were noted for their burgeoning Hollywood and merchandising careers.

Also in the spotlight were 19-year-olds Megan Grassell, founder of the Yellowberry clothing company that makes bras for teens and South African-Australian YouTube star and actor-musician Troye Sivan.