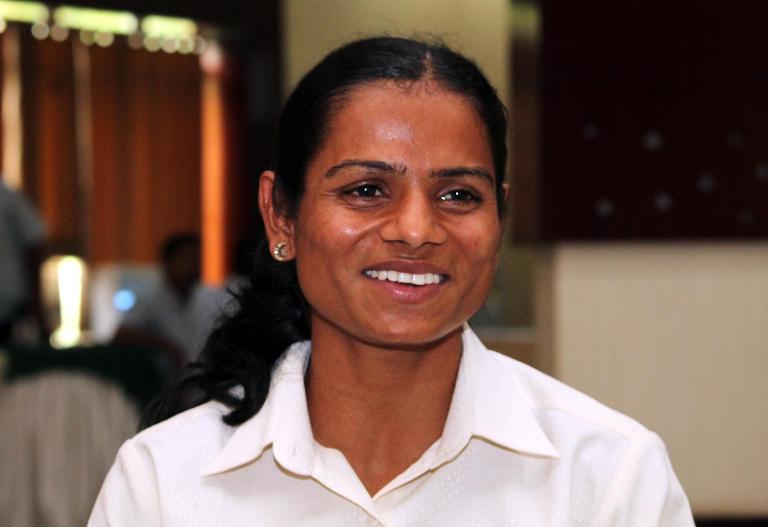 A teenage Indian sprinter who was banned from international competition for failing a “gender test” is hoping her fight against rules on sexual identity will spare others the same fate.

Dutee Chand, 18, said she has suffered trauma and embarrassment, but her challenge in the Court of Arbitration for Sport could change controversial rules set by athletics’ world governing body.

Chand, the daughter of weavers who was brought up in rural poverty, had her promising career turned upside down when she was barred from this year’s Commonwealth Games after showing elevated levels of testosterone.

“I was devastated,” India’s under-18 100 metres champion told AFP. “I didn’t know what I had done wrong. I had not taken any drugs, I had made no mistake so why was I being singled out?”

Chand was diagnosed with hyperandrogenism, a condition which produces high testosterone levels and meant she fell foul of the International Association of Athletics Federation’s (IAAF) gender rules.

They were introduced after the IAAF’s struggles with the case of South African runner Caster Semenya, who was banned but later reinstated following investigations into her gender.

The rules are intended to stop women competing with high levels of testosterone, which is known to increase strength and muscle mass.

But critics have challenged the science involved, saying the link between testosterone and performance is unclear, and that testing is arbitrary and psychologically damaging.

“I was told I must undergo surgery or take hormonal treatment if I wanted to salvage my career. I was stunned to hear all this,” Chand said by telephone from Bhubaneshwar, in her home state of Orissa.

The IAAF told AFP it would not comment on the case, which is expected to be decided within the next six months.

But the body said its regulations were meant “to uphold competitive equality” rather than question gender.

“The IAAF regulation is based on extensive international expertise in both ethics and medical science,” Chris Turner of the IAAF communications department said in an email to AFP.

Chand is the first to challenge the gender rules, but she is not the only Indian athlete to be caught up in similar circumstances.

Santhi Soundarajan was stripped of her 800m silver medal from the 2006 Asian Games after being forced to undergo invasive and humiliating gender verification tests — a devastating turn of events that drove her to attempt suicide.

Pinki Pramanik, who retired in 2007 after winning a team gold in the 4x400m relay at the same Asian Games, was accused of being a man and raping her housemate in 2012.

Although Pramanik was later cleared of the charges, she still carries psychological scars from the episode and the numerous tests she was given by police to determine her sex.

Chand said journalists had bombarded her parents with questions like: “Is she a boy or a girl?”, and “Does she have periods?”

“Can you imagine what me and my family are going through? It’s so humiliating,” she said.

With help from a researcher on gender and sports, Chand decided to fight her case and last month she filed an appeal with the sports arbitration court in Switzerland.

“The officials are also supporting me in my fight. I now feel the whole country is behind me,” she said.

“I just hope and pray that my case sets a precedent so that others like me don’t have to suffer the kind of trauma I am going through.”

Chand enrolled in a national training programme in 2006, and with the prize money she won in athletic meets she earned enough to move her family to a four-room house in the city.

She can take heart from Semenya, who was initially stripped of her 800m world title but carried her country’s flag at the opening of the 2012 Olympics, where she won 800m silver.

“It’s heartening to know there are other women like me,” said Chand. “I want people to respect me for who I am. I don’t want to be scrutinised and ridiculed for no fault of mine.”