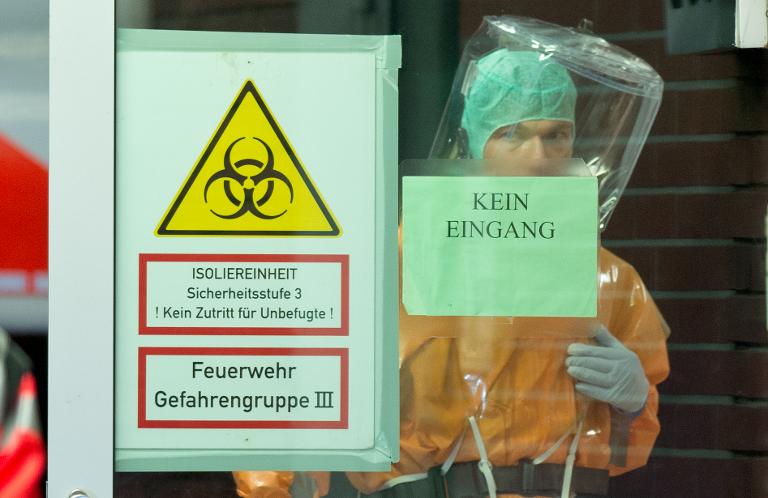 A UN employee infected with the Ebola virus in west Africa has died after arriving in Germany last week for treatment, the hospital said on Tuesday.

“The Ebola patient died during the night in the St Georg Clinic in Leipzig,” it said in a brief statement.

“Despite intensive medical care and the best efforts by medical staff, the 56-year-old UN employee succumbed to the serious infection,” it added.

Local health officials said last week that the patient was a Sudanese doctor who had arrived in Germany from Liberia on Thursday.

Germany has previously treated two other Ebola patients infected in Sierra Leone — a Senegalese expert who was treated in Hamburg and released on October 4, and a Ugandan doctor now being treated in Frankfurt.

The Ebola epidemic has killed more than 4,000 people this year, mostly in Guinea, Sierra Leone and Liberia, and is spread through close contact with bodily fluids.

The US and UN leaders on Monday called for “more robust” international efforts to tackle Ebola after medics in Liberia demanded danger money to treat patients in what officials termed the worst health crisis of modern times.