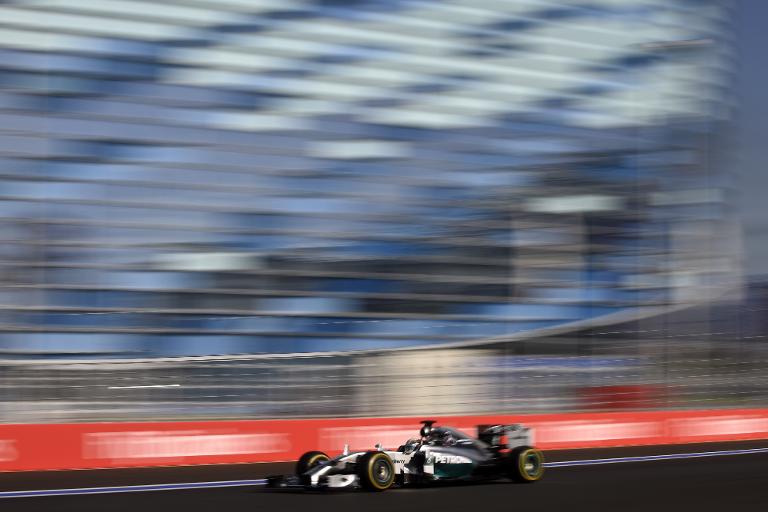 Wolff said Brawn, who re-launched the failed Honda outfit based at Brackley in central England into his eponymous 2009 title-winning outfit before it was taken over by Mercedes, was the original architect of Mercedes’ maiden triumph.

As Mercedes celebrated Hamilton’s victory, Wolff said : “We talked about Ross a lot and he has been so fundamental to the team. He built the foundation of the team.

“This is his trophy, too. There are several hundred people in Brackley and Stuttgart who have played a part as well.”

The Mercedes team has an extraordinary history dating back to its evolution from Craig Pollock’s purchase of the Tyrrell team to create BAR in 1999 before that team, in turn, transformed into Honda in 2006.

“I have to tell you I’m a little emotional. When we started this together – Ross Brawn, Toto Wolff and myself – it was hard work.

“It’s an emotional moment, but let’s think of the next race alreadyâ€¦ We will celebrate, but we have to go home. Lewis is flying home with me. Nico (Rosberg) did a very good job after his first lap mistake. I’m happy, I can’t say any more than that.”

Hamilton, victorious for the fourth consecutive race, said: “There is an incredible synergy within the team, there is huge support from the team and they are real racers.

“They really want to win and this car and this engine are just mind-blowing. I am very happy here and I am very committed as they are with me.

“Let’s get this season out of the way and then we will talk about a new contract. I think longevity with a team is something really special. I had six great years at McLaren and I would love that here with Mercedes.”

“We will all celebrate together and then prepare for the rest of the races,” he said. “There are still three very tough races to go.”

Hamilton, who leads team-mate Rosberg by 17 points, added: “I have never won in Brazil so I am really looking forward to that. Nothing changes.

Looking back on his win at the Sochi Autodrom, he added: “The circuit is just great and it’s great fun to drive, OK I wasn’t being pressured during the race, but when you lead there is a different kind of pressure.”

Of his scrap with Rosberg on the opening lap, he said: “The last time we were that close, the guy took me out. I was just making sure I didn’t get any punctures and got round the first lap.

“I still thought he would be pushing me, but he did the damage to his tyres. I was so surprised he finished second on the same tyres though.

“But it’s been an incredible weekend and it’s been an unbelievable job from this team for what they have achieved.”