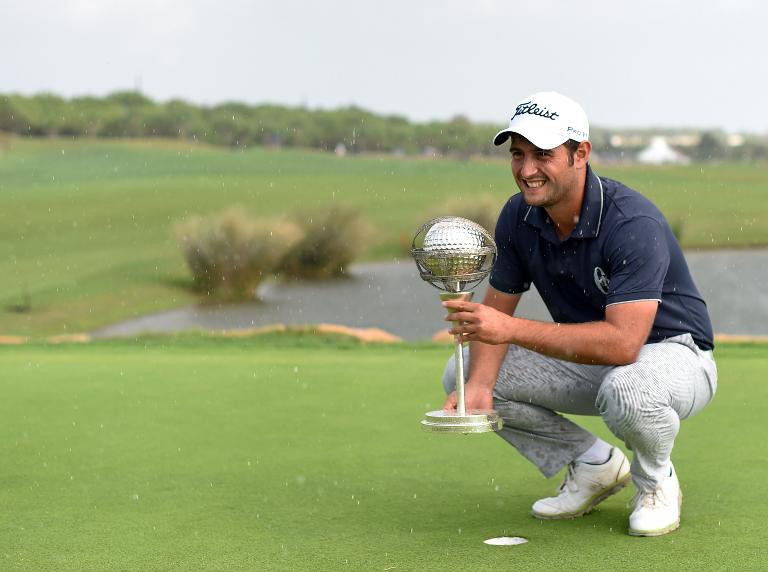 France’s Alexander Levy claimed a second career title on Sunday when he won the Portugal Masters after the third and final round had to be abandoned due to heavy rain in Vilamoura.

In a tournament already reduced to 54 holes by lightning and heavy rain, another deluge left parts of the course unplayable shortly after the final group had teed off at 1pm.

The result was then called at 36 holes.

Levy, 24, carded rounds of 63 and 61 to finish with an 18 under par total having been just one of six players to complete their second rounds on Friday.

His title on Sunday came after winning the China Open in April.

Belgium’s Nicolas Colsaerts, who just missed a first ever 59 on the European Tour in the first round, was in second place, three shots off the lead.

“It feels very special,” said Levy, who is the first French player to win two titles in the same season in Europe.

“If at the start of the year you had said I would win two tournaments I would say ‘never!’ to you.”

Levy will now head to Ash in England to play in the Volvo World Match Play Championship from Thursday.

“I’m going to try to play like I played the first two rounds,” he said. “I’ve impressed myself with the way I’ve played golf and I think I need to continue like that.”