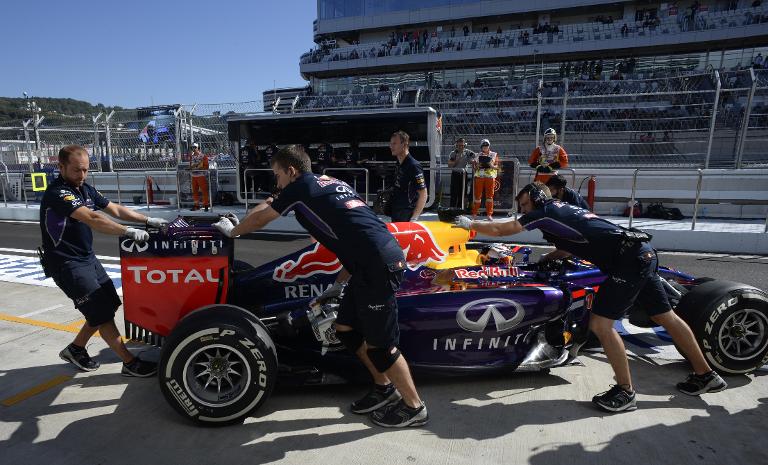 Four-time world champion Sebastian Vettel said he had no clear idea of why he had failed to qualify for the top ten for Sundayâ€™s Russian Grand Prix.

The German managed only 11th place as he was eliminated and missed the top ten shootout on Saturday. His Red Bull team-mate Daniel Ricciardo qualified seventh.

“We knew that it would be difficult in general for us here with the amount of straights, but equally there are a lot of corners — especially in sector two and three,” said Vettel.

“I think we made a big step forward this morning, but I wasn’t able to take that forward into qualifying. Generally the car felt ok.

“Obviously it didn’t in qualifying, but this morning we were fairly happy and yesterday didn’t feel too bad either.”

Red Bull’s run of four consecutive constructors championships will end on Sunday unless they can reduce Mercedes’ current 190-point lead to 172 or less, with three races remaining.

Ricciardo, who is 73 points behind leader and pole sitter Lewis Hamilton of Mercedes in the championship, admitted the team’s position was bleak.

“If Hamilton wins and I stay in seventh, then after that there’s probably not much more we can get out of it,” said the Australian.