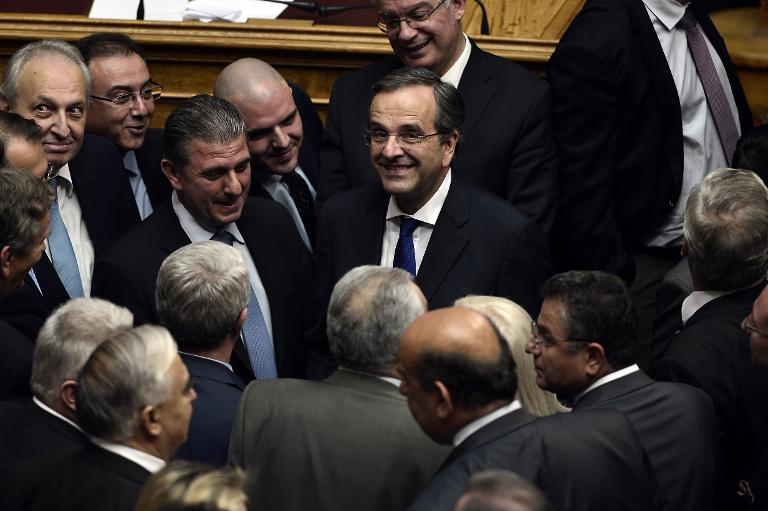 Greek Prime Minister Antonis Samaras won a parliamentary confidence vote, which he called in a bid to rally support, but which provided him with only a narrow majority.

The conservative prime minister secured the support of 155 of the 300 elected deputies, with not a single independent or opposition member backing him.

Out of the 288 deputies who voted, 131 opposed the confidence motion and two abstained.

The result throws into doubt the government’s ability to pull together the 180 parliamentary votes needed to elect the next Greek president next February.

If it fails to do so then a general election will have to be called.

Samaras, in power since 2012, urged parliament “not to allow the presidential election to provoke instability which would push us backwards”.

The country, which has been through six years of trauma following a rescue from near bankruptcy and radical economic reforms, has just benefited from a highly successful tourism season.

The Greek debt crisis marked the beginning of a wider debt crisis which nearly tore the eurozone apart and has led to several big eurozone-wide reforms.

The Greek economy is set to return to growth this year, albeit at only 0.6 percent of GDP.

Deputy Finance Minister Christos Staikouras said Monday that Greece should climb strongly away next year from the recession which axed a quarter of its economy, turning in growth of 2.9 percent.

Alexis Tsipras, leader of the left-leaning opposition party Syriza, said the government had called the confidence vote “out of desperation”, adding that he did not expect Samaras would rustle up the necessary 180 presidential votes.