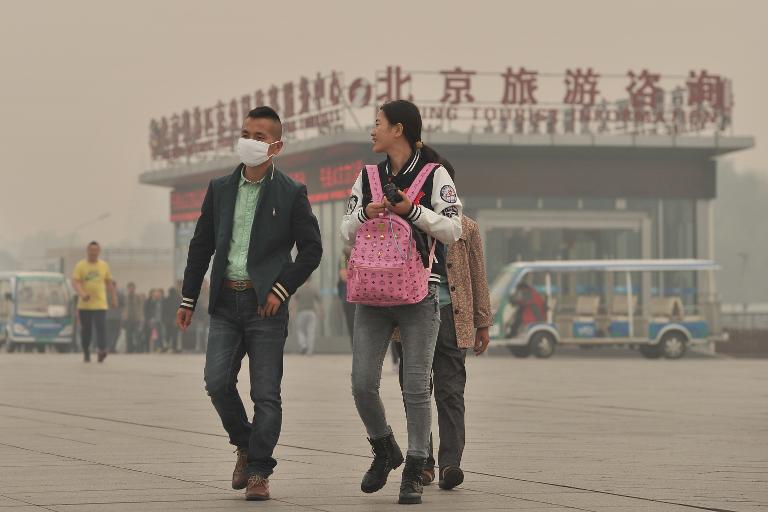 With an “orange” pollution alert in the Chinese capital, and several complaints from his team, Dunga said he would limit players’ time on the pitch to reduce their exposure.

The announcement threatens to dampen the spectacle at Saturday’s “Super Clasico” featuring Neymar and Lionel Messi as the South American rivals collide.

“The pollution in Beijing is bad for both Brazil and Argentina so both teams have to do their best and deal with it, as we cannot change it ourselves,” Dunga told reporters.

“Our plan is to make plenty of substitutions so that the players will not be affected by it.”

Visibility has dropped dramatically, shrouding buildings in haze, as pollution soars to 20 times the maximum daily exposure recommended by the World Health Organisation.

Argentina coach Gerardo Martino insisted the pollution was “not a factor” and he dismissed an incident where Messi was seen bent over and coughing on a smoggy training pitch this week.

“There was a small situation with Messi but he is totally fine,” Martino said, as his players went through a workout at Beijing’s Bird’s Nest stadium on Friday.

Brazilian players, who had an hour-long, slow-paced training session at the venue, appeared taken aback by the pollution.

“It’s difficult to breathe. My throat is dry, it’s like we’re standing next to a bonfire, like hot smoke,” striker Robinho told Brazilian media earlier.

Philippe Coutinho said it was sometimes hard to work out whether it was night or day.

“The air is a bit strange, sometimes you think it’s the middle of the night. It’s very dusty,” he was quoted as saying.

And defender David Luiz expressed sympathy for the Chinese people, for whom unhealthy air is a common hazard.

“Short-term you don’t notice it much, but we hope that this (pollution) can change, because the Chinese people don’t deserve to live like this,” he told Brazilian media.

The issue has affected the build-up to the friendly, where World Cup hosts Brazil will take on finalists Argentina and bid to erase memories of their 7-1 humiliation by Germany in the semi-finals.

Argentino’s Martino said he may deploy Messi on the right wing, and warned he was expecting a much different Brazil under Dunga than the team that flopped at the World Cup.

“After the World Cup, Brazil immediately changed their coach and I saw the (1-0 win) against Ecuador,” Martino said.

“They want to play counter-attack and have some very fast players, we are going to be more cautious about that.”

He added: “Our squad is almost the same as it was during the World Cup but technically we think Brazil will challenge us with a 4-3-2-1 formation.

“With Neymar playing attacking midfield the whole set-up might change for Brazil.”