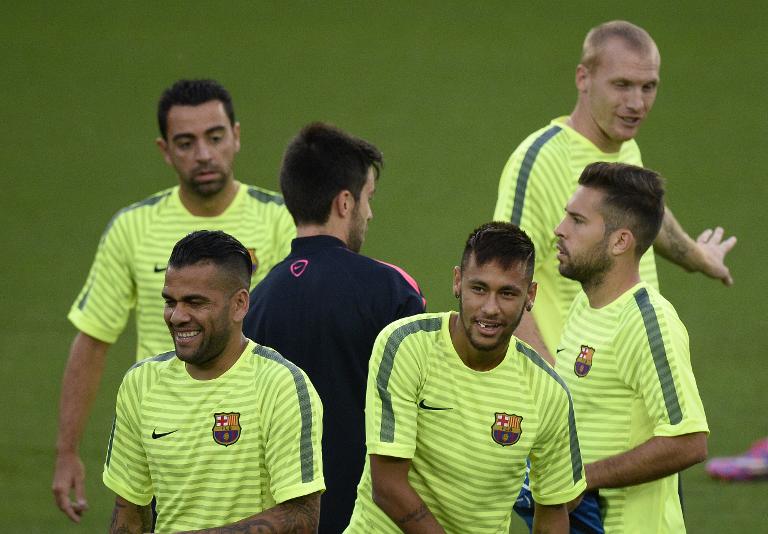 Barcelona face their first big test of the Luis Enrique era when they face Paris Saint-Germain in the French capital in the Champions League on Tuesday.

The Catalans looked sluggish in the 1-0 win against APOEL that kicked-off their Group F campaign a fortnight ago, but they travel to France having won six and drawn one of seven matches altogether this season, and are yet to concede a single goal under their new coach.

Their performance in tearing apart Granada in La Liga on Saturday, when Neymar scored a hat-trick and Lionel Messi netted twice in a 6-0 victory, would have made for ominous viewing for anyone with PSG connections.

“At the moment I don’t see any player who isn’t capable of putting in a good performance in Paris and that for me is an advantage,” said Luis Enrique, who welcomes Gerard Pique and Jordi Alba back into his squad for the match at the Parc des Princes after both were rested against Granada.

That duo are both almost certain to start in a meeting of the two favourites to progress to the last 16 from the section, while there is no question of Messi, who is the only player to have started all seven games for Barca this season, being rested yet.

“I prefer to see him on the pitch until the last minute to press and participate in our collective play,” added the coach.

“The temptation is there, it could happen at any point in the season, but his habitat is on the field.”

The biggest doubt surrounds who will start in goal, with Claudio Bravo having kept a clean sheet in all six domestic games so far while fellow summer recruit Marc-Andre ter Stegen was preferred against APOEL.

Either way, the newly watertight Barcelona defence will expect to endure a tough evening in the first meeting of the clubs since the quarter-final clash in April 2013, when Paris came away with a draw in both legs but were eliminated on away goals.

Since then, Carlo Ancelotti has been replaced in the PSG dugout by Laurent Blanc, who played alongside Luis Enrique at the Camp Nou for a season in the 1990s.

PSG, like their opponents, are still unbeaten in the current campaign but all the pressure on Tuesday will be on Blanc, whose side are yet to convince this season and yet will be expected to take the game to Barca in front of their own fans.

Paris may already be a European superpower in financial terms but now they crave real success on the continent after being eliminated from the Champions League at the quarter-final stage in each of the last two seasons.

Meanwhile, a lack of motivation for the less glamorous challenges in store in Ligue 1 has been suggested by some as the reason for their sluggish recent displays, but a run of four draws in their last five matches includes a 1-1 stalemate at Ajax in their Group F opener.

On Saturday, Blanc rotated his squad and tried out a new formation against Toulouse but was only rewarded with another 1-1 stalemate.

“We are aware that last season we dominated the league and this year, with the same team and the same coach, we are not winning matches so easily,” admitted Blanc, who played down talk that his side might now be fearing the prospect of facing Barcelona.

“Do we need to be worried because we didn’t win? If we had won, we would maybe be more confident. Barcelona are a great team. Everyone knows that.

“Barcelona is a different competition, and even if we are having difficulty and certain things worry me, the spirit is good. The players are putting in a lot of effort, perhaps more than last season when they were winning matches 3-0 or 4-0.”

The home side are not helped, however, by fitness problems to key players, with Ezequiel Lavezzi joining captain Thiago Silva on the sidelines.

In addition, former Barcelona striker Zlatan Ibrahimovic, PSG’s talisman, has missed the last two games with a heel problem and is to miss Barca clash as well.