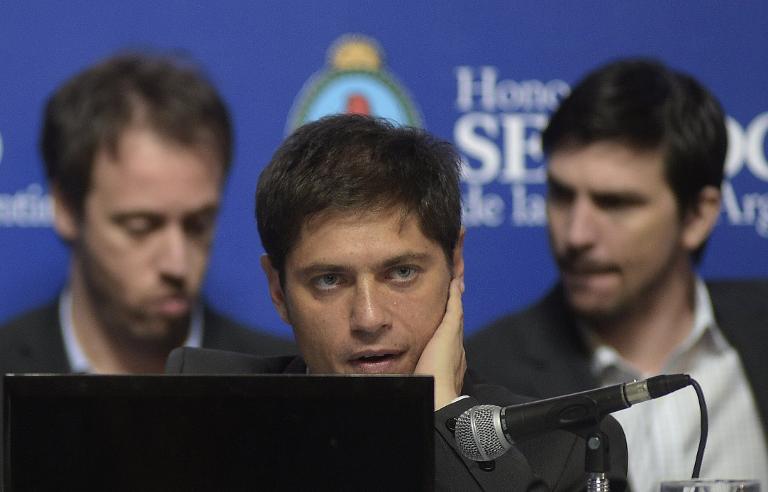 A US judge ruled Argentina in contempt of court Monday for its attempts to skirt his block on payments to holders of the country’s restructured debt.

Federal district judge Thomas Griesa said Buenos Aires had acted illegally to avoid his orders to first pay off hedge funds that sued the country for full payment on their bonds.

He noted it is “a rare thing” for a country to be ruled in contempt in a US court, but pointed to the actions of the Argentine government to skirt his orders in the long-running case.

“The court holds and rules that those proposed steps are illegal and cannot carry on,” Griesa said.

But Griesa held off on deciding a penalty, which could amount to a $50,000-a-day civil fine as requested by the hedge funds.

Argentina — which maintains it has tried to pay but is being blocked by US moves — then slammed as illegal Griesa’s latest ruling.

“The ruling by Judge Thomas Griesa saying that the Argentine Republic is in contempt of court, violates international law, the UN Charter, and the OAS charter,” a foreign ministry statement said, referring to the Organization of American States.

Earlier this year, Griesa effectively froze Argentina’s ability to transfer funds to restructured bondholders, as long as it does not pay the holdouts in the restructuring, mainly the $1.3 billion in bonds held by Aurelius Capital management and NML Capital.

Because Argentina refuses to pay off the two, calling them “vulture funds”, Griesa’s order forced the country to default on a debt service payment to restructured bondholders at the end of July.

After that President Cristina Kirchner’s government passed new domestic legislation aiming to transfer its bond contracts away from US jurisdiction to Argentine jurisdiction, so that they could make the payments.

And then it announced its plan to fire the official trustee for most of its debt payments, Bank of New York Mellon, which Griesa had ordered not to transfer any funds to the country’s creditors.

The hedge funds then sought the contempt ruling from Griesa.

Earlier Monday, Argentina’s US ambassador warned US Secretary of State John Kerry in a letter that a contempt ruling against the country would constitute “unlawful interference” by the United States in its affairs.

Such a decision “would not only fall outside the jurisdiction of said courts, but also be an unlawful interference in the domestic affairs of the Argentine Republic, triggering the international liability of the United States of America,” wrote ambassador Cecilia Nahon.

Nahon did not specify what action her country would take in the case of a contempt ruling.

But she said it “would result in an unprecedented escalation in the conflict and would be even more serious than the decision to interfere with the collection of payments made to restructured bondholders.”

But with inflation estimated at more than 30 percent and the value of the peso tumbling, Latin America’s third-largest economy is still mired in a slowdown after averaging 7.8-percent annual growth from 2003 to 2011.

Economic analysts are forecasting the economy will shrink two percent this year, though the government is forecasting a return to economic growth of 2.8 percent in 2015.

The end of the boom has revived the ghost of Argentina’s 2001 economic crisis, when it defaulted on $100 billion in debt and deadly riots erupted.

That violence, in which at least 26 people were killed, led to the resignation of president Fernando de la Rua, who was replaced by Adolfo Rodriguez Saa. He resigned a week after taking office amid more unrest.