Home Face Off The Trading Bureaucrat 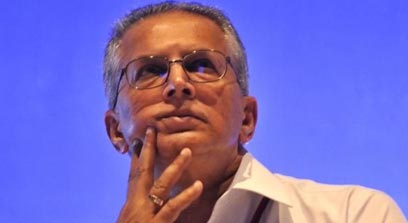 Known for his speedy decision-making, this soft-spoken bureaucrat had held a distinguished career in Indian bureaucracy and public sector, spanning over four decades. He had been the countryâ€™s go-to-guy for complex issues like WTO negotiations and the controversial SEZ policy.

He is now the chairman of the global trading and distribution arm of the Tata group.Â

Gopal Krishna PillaiÂ was born on March 14, 1949 in Kerala. Raised in Bangalore, he studied at Bishop Cotton Boys’ School and St. Josephâ€™s College. He completed his M.Sc at IIT, Madras.

He belongs to the Kerala cadre of the 1972 batch of IAS. His father and grand-father were civil servants.

In 1974, he started his career as Sub-Collector in Kollam. He worked in diverse fields of Revenue Administration.

From 1993-1996, he was the Secretary of Health and Family Welfare in the State. He later served as Principal Secretary to the Chief Minister of Kerala during the period 2001-04.

Then, he served in the Ministry of Home Affairs as Joint Secretary (North East) from 1996 to 2001. He was known as a North-East expert in the home ministry.

He served as Secretary, Department of Commerce from 2006 to June 2009 and he was India’s Chief negotiator at the WTO. He was also Chairman of the BOA for SEZ/EOU.