Home Politics The emergence of post-poll alliance a certainty 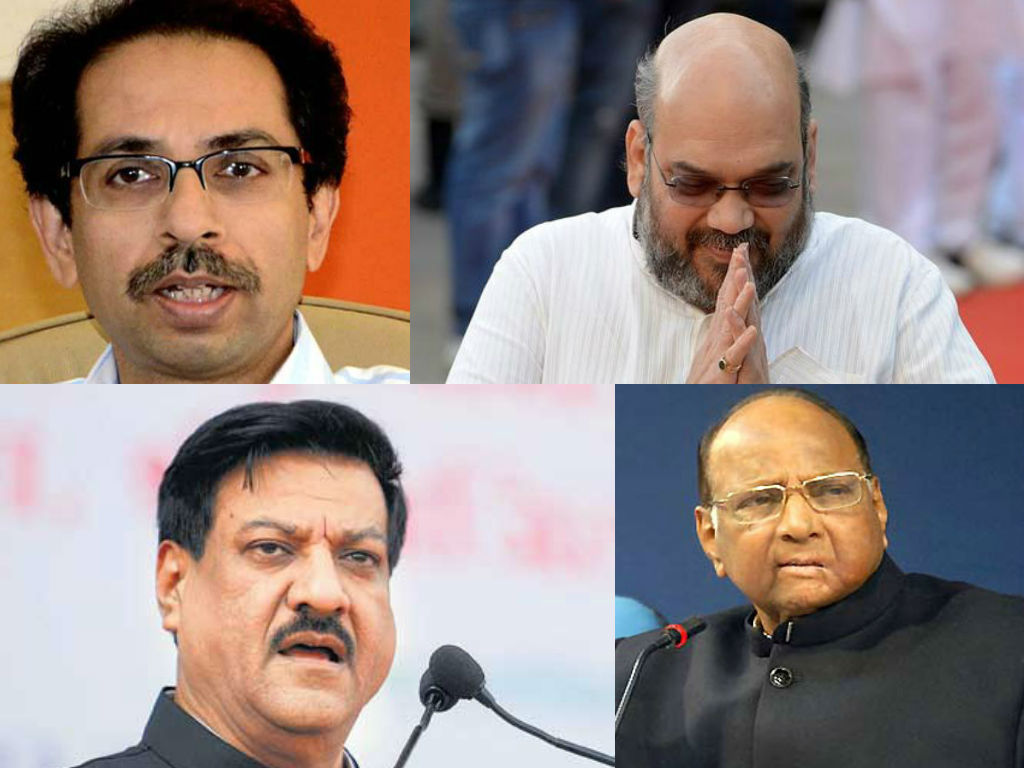 Mumbai: Maharashtra is up for grabs! Yes, you heard it right. The absence of seasoned campaigners and the crumbling of alliances have drastically changed the political landscape.

From Vilasrao Deshmukh of Congress to Bal Thackeray of Shiv Sena to Pramod Mahajan and Gopinath Munde of BJP, all parties have lost seasoned leaders in the past decade. While veteran Sahrad Pawar still continues, his waning influence in the party cadres is not something new.

Their absence (or relative weakness) is an important reason for the sudden breaking of two old coalitions, between BJP and Shiv Sena, and Congress and NCP. In a sense, they represented the original crafting of machine politics that made Maharashtra a pioneer in this respect in Indian politics.

Each of these parties has its pocket of influence and these coalitions were not only ideological tie-ups that stitched together different castes and groups but also had a spatial logic in one of Indiaâ€™s largest states. This breakdown will prove expensive for all the parties, none of which conceivably can form a government on its own in an assembly of 288 members.

It leads to a possibility of a very different kind of post-poll coalition, one wholly based on interests and not ideology. However, it will be too speculative to state the combinations and permutations here. This should not be ruled out in the kind of political competition that is being seen in Maharashtra.

Maharashtra will see a four-cornered contest with Raj Thackeray’s Maharashtra Navnirman Sena (MNS) as a fifth spoiler. Meanwhile, Raj, in his final bid to give a boost to his political fortunes is going all out to slam BJP and praise Uddhava and his ideology. Calling BJP leadership opportunist, Raj said he smelt the split of alliance two months ago.

While both the parties â€“MNS and Sena â€“ denied the possibility of coming together, it is obvious that both the brothers want to target BJP by advocating the need to unite for the cause of Marathi people and language.

That the split alliances would hammer the prospects of the parties is a foregone conclusion, whether Maharashtra will get a strong and steady government post-elections remains the question.