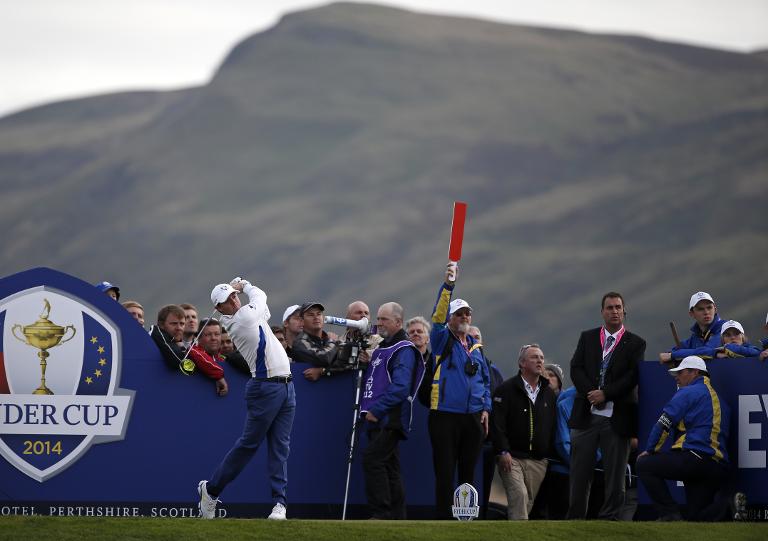 No complacency, keep the momentum going and just get the job done. That was the order of the day from Europe skipper Paul McGinley after watching his team go 10-6 clear of the United States in the Ryder Cup on Saturday.

The unprecedented 7-1 scoreline in the two foursomes sessions means that it would take a record-equalling comeback from the Americans if they are to regain the Cup for the first time since 2008.

But a comeback from 10-6 down has been achieved twice before — and both occasions are still fresh in the mind.

The Americans did it on home turf in 1999 at Brookline, and the Europeans did it two years ago at Medinah outside Chicago — on both occasions the final score was 14 1/2 to 13 1/2.

“Four-point lead going into the last round is great. But obviously the big word is complacency. The big word is not conceding momentum — there are two words,” McGinley said.

“And just being on it tomorrow, that’s the most important thing. This job is far from finished. We’re in great position, but we’ve got a lot of work to do tomorrow.”

McGinley’s words were echoed by his players, seven of whom were in the team that reeled in the Americans two years ago.

World number one Rory McIlroy, for one, said that it would be wrong to underestimate the resolve of a US team that contains six winners of major titles and such an experienced captain as eight-time major winner Tom Watson.

“We have a lot of momentum on our side. But at the same time, we just need to cast our minds back to two years ago when we were in a similar position to the US team,” he said.

“There can’t be any complacency on our side. It’s going to be a tough battle. We know the US team are going to come out strong and we need to focus and get the job done and try and win the session tomorrow.”

There were more comparisons with what happened at Medinah coming from Graeme McDowell, who said that the halve-saving six-footer from Justin Rose in the last of the foursomes to finish could prove to be crucial.

Apart from making the US task all the more difficult, it gave a final flourish to the European day, whilst two years ago at Medinah it was Ian Poulter’s five closing birdies to win the closing fourballs that boosted European morale.

“That’s what happened to us at Medinah two years ago when Rory and Mr. Ryder Cup there (Poulter) did their thing coming down the stretch when Poults birdied the last five,” he said.

“Despite the fact that we were in a hole, it elevated the whole team.

“We took some momentum and some kind of level of belief into the locker room and it kind of filtered through all 12 players, and there was a level of belief that was in the room that was not there the evening before, even though we were in much worse shape going into Sunday than we were going into Saturday.

“That’s why that putt for Justin was so huge, because it gave them nothing to take away this evening.

“But we’re under no illusions, they’ll come out all guns blazing tomorrow morning, like they did this morning.”

As holders, Europe will retain the Ryder Cup if they reach 14 points. The Americans need to get 14 1/2 points to regain it