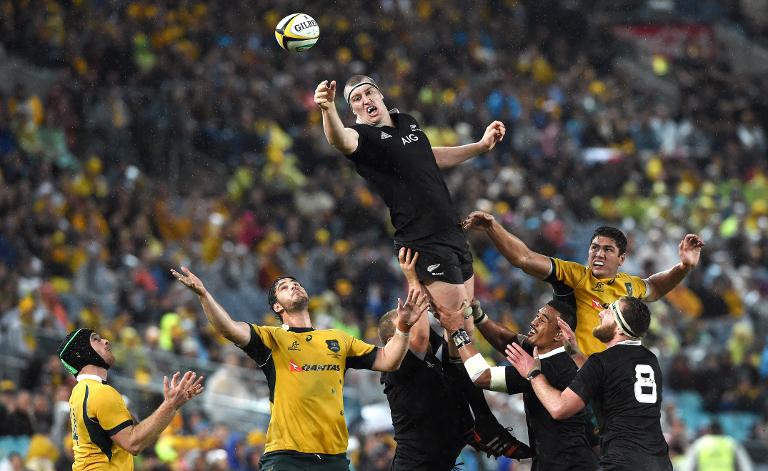 A head injury to lock Brodie Retallick was the main concern for New Zealand coach Steve Hansen on Sunday after the All Blacks clinched a third consecutive Rugby Championship title.

Retallick took a blow early in the second half of a 34-13 triumph over Argentina at a packed Estadio Ciudad de La Plata.

The 2.04-metre (6ft 8in) forward suffered suspected concussion and faces tests before a decision is made on his availability for a Test against South Africa in Johannesburg next weekend.

“We will see how he comes through,” Hansen told reporters after New Zealand took an unassailable six-point lead over the Springboks with a four-try bonus-point triumph.

“If Brodie passes all the tests he will be fine and if he does not then he will not play against the Springboks.”

Replacement wing Cory Jane did not come off the bench after tweaking his hamstring during the warm-up and loose-head prop Wyatt Crockett suffered an eye injury.

However, both are likely to be available for the Ellis Park clash of the top two in the global rankings.

“Pretty good — good enough to get the job done,” was the Hansen verdict as the All Blacks extended a world record unbeaten run to 22 Tests.

He revealed that the four-try bonus point was not on his players’ minds when they tackled the Pumas before a 50,000 crowd.

“Argentina are better than that and we went into the Test respecting them.

“Our plan was to play our own game and if that was good enough to deliver four tries, that would be good.”

The bonus point-clinching fourth try arrived 12 minutes from time when replacement scrum half TJ Perenara took a pass close to the line and darted over.

Right wing Ben Smith, full back Israel Dagg and giant left wing Julian Savea were the other try scorers for a side who led 20-6 by half-time.

“We are very happy to win the trophy again and happy with the way we played,” said the coach, who succeeded Graham Henry after New Zealand won the 2011 Rugby World Cup.

“You work all week for your structures and skills to be shown on the park and we showed a great array of skills and the type of game we want to play.

“Winning the Championship three years in a row is a result of those things going well.”

Argentina coach Daniel Hourcade praised his team despite a fifth consecutive loss this season in the southern hemisphere tournament.

“It was great to score a try against New Zealand and we could have had a couple more.”

Five hours after the Springboks-All Blacks clash next Saturday, Argentina host Australia in the final fixture of the season hoping to secure an increasingly elusive first Championship victory.